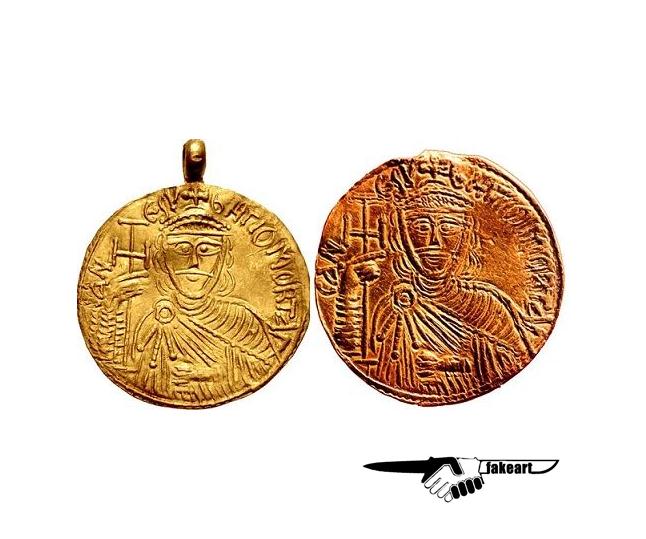 A rare, nineteenth-century gold pendant with the image of Cannes Omurtag was sold at auction for $ 47,500 on Monday night in New York, btv reported.
Auction house “Classic Numismatic Group” adhered to the rules and kept the anonymity of the buyer, but certainly this is not a representative of Bulgaria.

In bTV’s studio when asked if the auction pendant was authentic and how it ended up overseas, ch. insp. Angel Papalezov, head of the Cultural and Historical Values ​​Department at the DGNP, said that the US prosecutor’s office and FBI experts should answer these questions.

“The Bulgarian authorities demanded that the locket be removed from the auction in order to make the necessary expertise. Since the beginning of December, we have been actively communicating with the US authorities, but we still do not have firm data on whether the exhibit is authentic. There have been reports of any wrongdoing, which is why the US Attorney’s Office has launched an investigation into which the FBI is involved, “Papalezov told btv. From his words, it became clear that additional expertise was being conducted on the authenticity of the artifact and its origin.

Only one such medallion of Omurtag is known and it is located in the National Museum of History in Sofia. It was discovered in 1975 by archaeologist Peter Slavchev during excavations on the Tsarevets hill in Veliko Turnovo.

The first was published by Karel Shkorpil in 1905 and was discovered in the area around the capital of Omurtag, Pliska. Apparently he did not remain in the scientist who did not manage to shoot it, but made only a linear drawing. Probably the artifact of the New York auction is the one described and published by Karel Shkorpil in 1905, for which there is no reliable information as to where it is located and whose property it is.

Prof. Konstantin Dochev, who personally participated in the excavations near Tsarevets, where one of the two gold medallions with the ruler’s face was discovered, told BNT that in his view the exhibit in New York was completely authentic. However, the gold badge sold in the US is in much better shape than NIM. According to the announcement of the auction house, this is a third, undisclosed copy of which has no information about the discovery.

Both gold medallions are an extremely rare archaeological find. Omurtag is said to have rewarded his loved ones with them.

Loading …
This information reaches you thanks to Bulpress news agency!

In any case, these are infringed or the origin is illegal or counterfeit.