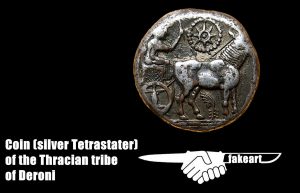 A scandal broke out in Serbia over archaeological sites. The sites are like archeologists with beautiful book covers but no content. To understand the true story of them and their time, context, cultural layers in the localities are needed. This does not interest burglars with detectors who recklessly destroy the layers from which archaeologists read the story, “says Chernobrnia. He explains that robbers, also known as “detectors” and “gold-diggers,” who often find themselves amateur explorers, search only for metal objects and destroy objects in search of them. The discoveries then offer first-hand redeemers at prices several times lower than those that artifacts will reach in the rich countries of the destination. “The items are then transferred to the EU, where they are first resold several times by small auction houses whose job is to trace their origin. 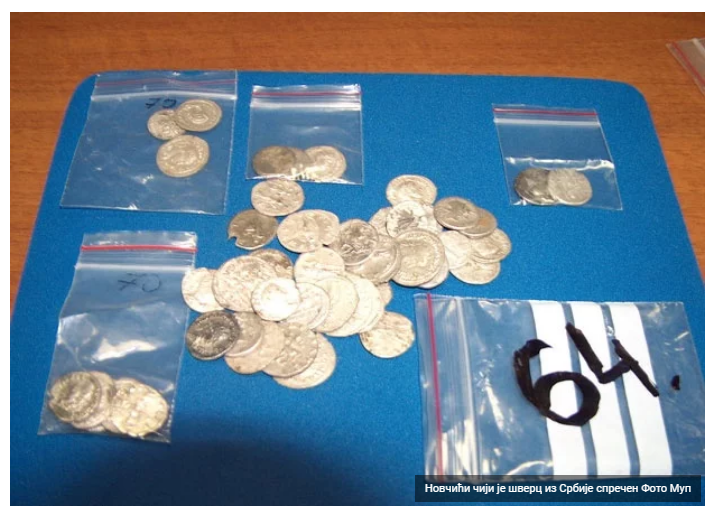 Antiques are then taken over by large auction houses, where they get real fair prices with a new, forged identity, “says the archaeologist. He warns that money is not the sole motive of the redeemer and that sometimes these items have political value as they are used to falsify history. A similar case was reported when a pensioner in Vranje found in 2004 coins from a mysterious Deroni tribe digging a sewer in his yard and did not dream of what he had found. The antique dealer first bought about 40 coins from a pensioner for several hundred euros, and later repeated resale through various smuggling chains led to these artifacts being brought out of Serbia and offered today as “Ancient Bulgarian” at auction and historic sites, or “Pro-Albanian” money. He added that some auction houses found in Vranje offer prices up to 38,000 euros in cash and that several artifacts have ended up in Pristina, where they are presented as alleged finds from the Bujanovac area, proving that “Albanians are the oldest people “!

The fakeart.eu comment that the Deroni tribe was not mysterious but inhabited the lands of present-day Bulgaria. And every Bulgarian knows this! According to Wikipedia, the free encyclopedia of the Drones is a Thracian tribe. Information about their existence is obtained from the open coins on which the inscription ΔΕΡΡΟΝΙΚΟΝ is engraved. The coin letters used are ancient Greek, but this does not prove that the people of the tribe spoke the language of their southern neighbors.

These coins, which were probably made for export and domestic trade, date from 500 to 450 BC. Based on numismatic evidence, most notably coin finds, there are two theories regarding the geographical location of the tribe. The first theory is that the drones lived in the central part of the Balkans, in the northern part of present-day Northern Macedonia, while according to the second tribe, at least at the time the coins were found, they were farther south. It is believed that the first coins minted on Bulgarian lands are of this tribe. In Bulgaria, finds were found of tetrastaters and drones near Sadovik, dating from about 500 BC, as well as near Velichkovo, dating to 475-465 BC. Transcribed to the Thracian tribe, the coins contain images of oxen and Corinthian helmets. Their god is worshiped by both peons and Macedonians. Replacing history is a fact and this is where history and politics mix. In the European Union, countries must lose their identities to become part of their new European home. False antiquities and false history are similar in that they only serve to deceive and manipulate people!