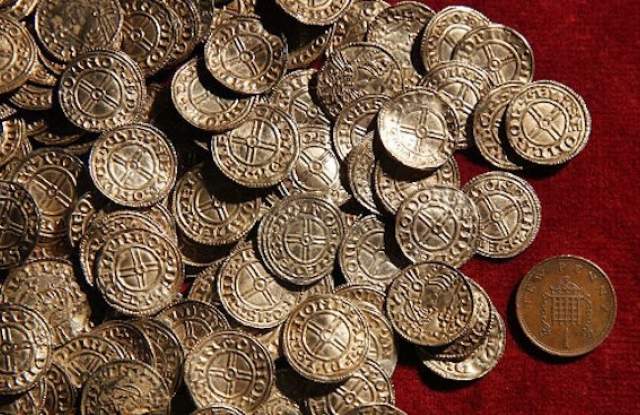 Four Bulgarians are top counterfeiters of antiques in Europe. They have literally flooded the black market of the Old Continent with exquisite mints of a variety of artifacts that only a luminary in archeology can recognize.
This was revealed by the head of the sector “Trafficking in Cultural Property” in the State Security Directorate General Inspector Emil Alexandrov, writes the newspaper “Telegraph”. According to him, the most counterfeited are antique coins, statuettes and objects related to religious rituals. They are made mainly of gold, silver and bronze.

The four top forgeries are men. “Apparently masters are good jewelers. One has to understand gold – to work with gold, silver and precious stones to make something of quality,” Chief Inspector Alexandrov commented. According to him, 7-8 ateliers were scattered in different areas, which make exceptionally high quality mints of various antique objects. Interestingly, there are no women in this business, according to anti-mafia data.

About a month ago, at the biggest speculation between the DGBO and the Spanish authorities, codenamed Serdica, our anti-trafficking gang was of course. In the course of her arrest, four people were arrested in Bulgaria and nine in Valencia. The searches found more than 30,000 artifacts prepared for sale on ebay.

Among them are Greek and Roman pottery, helmets, funeral urns, arrows, spears, coins. Matrixes were found in Bulgarian properties. However, they are not counterfeiters but dealers who play along with the treasure hunters. “More than 80% of the artifacts are genuine, but others are counterfeits. It is not yet known who produced them,” said the head of the Trafficking in Cultural Property at the GDBOP.

Anti-mafia have discovered that counterfeits of antiquity are made even from pieces of different archeological objects. “They are assembled in a weird way to look interesting to customers, but they are still fakes, even if they are in genuine parts.