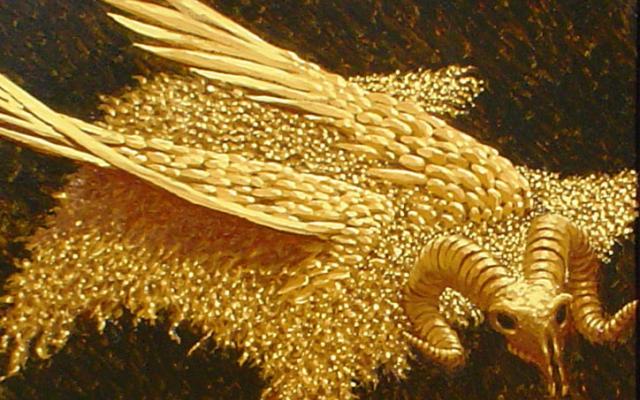 The inhabitants of the Colchid Kingdom, a country that existed in what is now Western Georgia, did have a gold fleece. Georgian scientists at the University of Tbilisi state that it was not a gift from the gods, but was of artificial origin, the Daily Mail reported.

According to ancient Greek mythology, the fleece is the golden skin of a ram on whose back Frixie Hela, the children of children of the Athenian king of Boeotia, and his wife, the goddess of the clouds, Nefela, fled across the sea from their stepmother Ino. In Colchis, Frix offered him as a thank you to Zeus. The task the Argonauts set out on was to find the fleece and bring it to Yolk. Pelius, Jason’s uncle, made this a condition to restore Jason’s authority over the city.

According to Georgian scientists, the golden fleece was not one in practice. This is how every sheep’s skin became, with the help of which the inhabitants of Colchis extracted precious metal from the rivers. In Svaneti, a mountainous region in northwest Georgia, the rivers carried gold dust from the Caucasus. The locals used sheepskins to harvest it. The gold particles precipitated on them and were then collected by hand. That’s how the myth of the golden fleece came about, Georgian experts say.

The legend of the Greeks sailing to Colchis for the Golden Fleece may be based on real events. The purpose of the trip, however, was to discover the secret of producing sheepskin gold.

The Greeks learned about Colchis in the 6th century BC, when Greek colonies were founded here. In 1984, it was scientifically proven that there could be a connection between Ancient Greece and the Caucasus. The British traveler Tim Severin, on an ancient Greek-made boat, made a two-month voyage from Greece through the Aegean and Black Moes and reached the shores of Georgia. Tbilisi State University scholars say Svaneti still has gold. Their recent findings prove it.