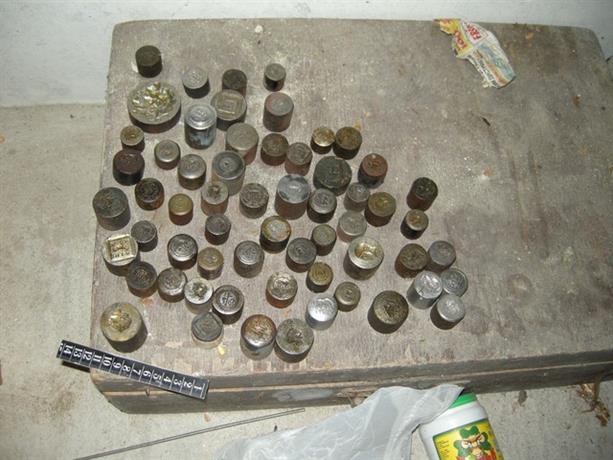 Another case of stopped counterfeiters in Bulgaria.
Two arrested in the operation of territorial units for combating organized crime in Plovdiv and Kardzhali
Yesterday, two men were detained in a joint operation of employees of the territorial units “Fighting Organized Crime” in Plovdiv and Kardzhali. The action was conducted under the direction of the District Prosecutor’s Office in Plovdiv and its purpose is to document crimes related to the preservation or alienation of cultural property without the appropriate permission.

In the course of her arrest, MT / 36 years old / from Solishte village, Kardzhali district and EA / 56 years old / by Jebel were detained. Searches were carried out at the detainees’ homes. Four antique coins of cultural and historical value were seized from the home of a 36-year-old man in Plovdiv. At their addresses in Solishte and Jebel village, the antimafiots found and seized 339 coins, a mold and stamps with images for making counterfeit coins, 26 blanks of white metal for making coins, 60 objects with different images, resembling molds, a metal seal, air the gun.

Procedural investigations continue. M.T. has been criminally prosecuted for the offenses under Art.339 and Art. 308 of the Criminal Code, with effective punishment “probation” imposed in 2006 and Art. 278 a of the Penal Code with an administrative punishment imposed in 2007. The other, EA, is also registered with the police. They were detained by police for 24 hours.
The investigation is ongoing.
Source: mvr.bg