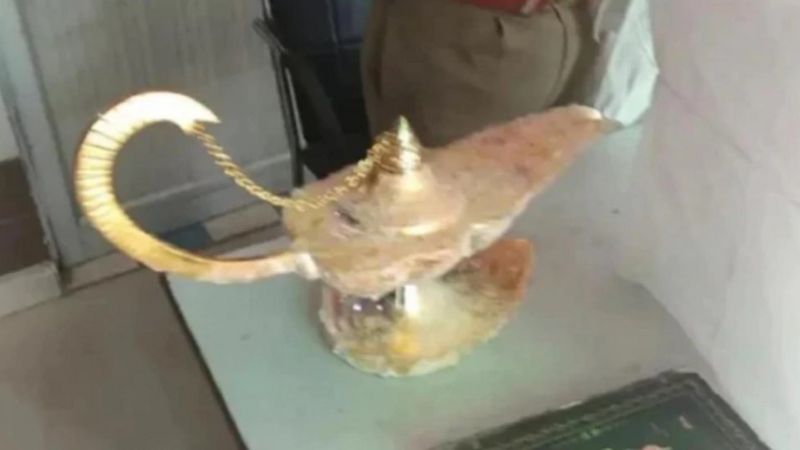 200,000 for Aladdin’s lamp
Two men have been arrested in the Indian state of Uttar Pradesh for tricking a doctor into buying Aladdin’s lamp, which they promised would bring him wealth and health.

As part of the delusion, they even pretended to summon the spirits from the lamp, as in the fairy tale from “1001 Nights”, Indian media reported.

In the complaint, quoted by NDTV, he says he met the two men when he started treating a woman, their mother.

“Gradually, they started telling me about my grandmother (a godman), who they claimed had also visited their home. They started brainwashing me and asked me to meet this grandmother,” he said, according to NDTV. Then he did meet his grandmother, “who seemed to be performing such rituals.”

He also reported that “during a visit, Aladdin actually appeared before me” and it was only later that he realized that one of the accused was dressed as the iconic figure.

Meerut senior police officer Amit Rai told NDTV that the same men were suspected of cheating other families in a similar way.