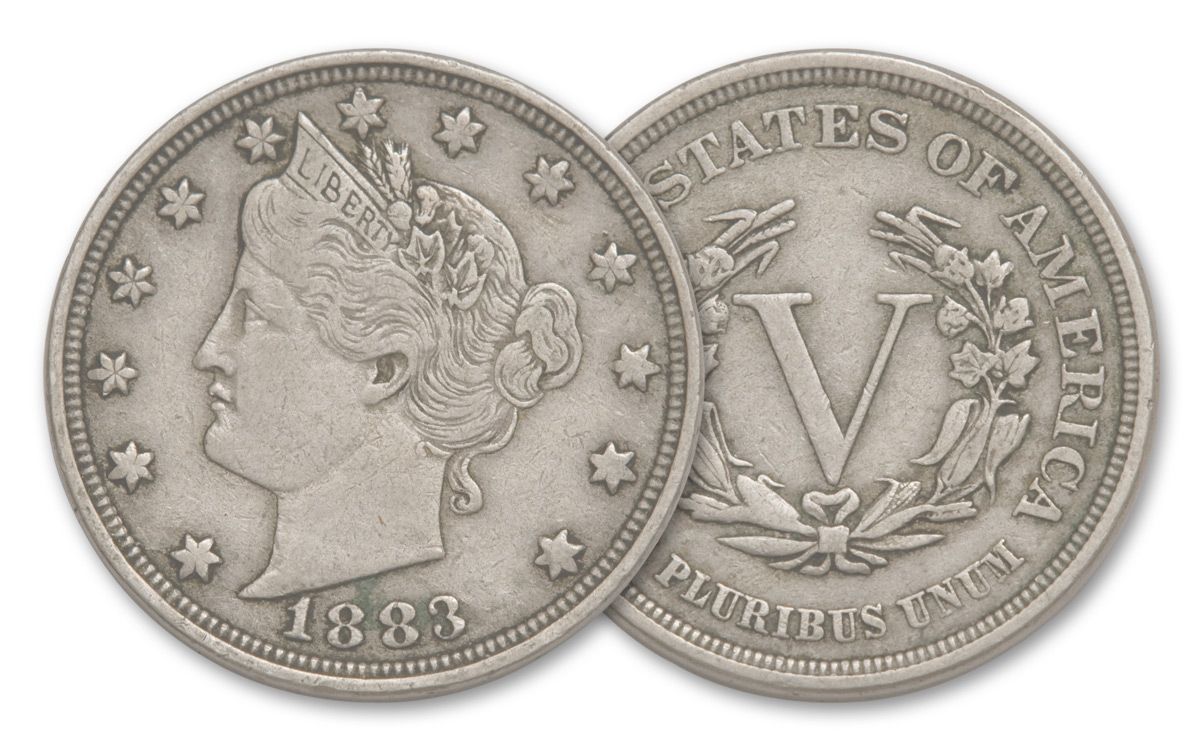 5 Cents “Liberty Nickel”
Have you ever looked at a coin for which there is no information and imagined that it cost tens of thousands, hundreds of thousands or even millions? Maybe maybe not. Sometimes, however, this feeling may not be deceptive and you may actually own a coin that costs millions. The chance of this is small. Microscopic. Even smaller than the smallest possible and yet. If there are coins in the world that cost as much as the annual maintenance of one of the Bulgarian football giants (there are many and I will not give examples), then there is a possibility (hypothetically) that they will come to you. In order to be prepared for this moment and not to miss your chance, we will present you our ranking (we do not claim completeness and it is possible that we have missed some other leader)

for TOP 10 most expensive coins in the world minted by modern machine technology from 1750 to the present day. As you can guess, the ranking is dominated by US representatives. The bigger and richer a country is, the greater the demand for old objects in its history. If we add almost no supply to this great demand, it becomes an excellent recipe for a coin that costs several million dollars. But let’s see what we have chosen for you today:
In 10th place in our ranking we have placed 1913 “Liberty Head” nickel. This simple, small 5 cent nickel coin has been minted for 30 years. The first issue was released in 1883.

In February 1913, this Friday was replaced by a new coin with a new design – the Indian head “Buffalo Nickel”, and this is the officially minted coin of this denomination recorded in the registers of the United States Mint. Everything would have been normal if 7 years later in 1920 at the annual congress of the American Numismatic Association (ANA), a gentleman named Samuel Brown did not take out of his pocket 5 coins 1913 “Liberty Head” nickel for amazement and amazement to all. Mr. Brown was an employee of the Mint in 1913, and the first signal theory for the appearance of the mysterious coins is that he “privately” made them. This theory is supported by the fact that in 1919 the same gentleman placed an ad in the December issue of Numismatist magazine, seeking to buy this coin for $ 500. Given that the coin was not minted officially and from 1912 to 1920 no one mentioned the issue of 1913, it is very strange how he remembered a few months before Congress to look for these coins.

The theory of private production remains, but other possibilities for the appearance of these 5 small coins revolve in space. One is that this is a test issue minted in 1912 to see if all is well for the upcoming 1913. The other theory is related to a test issue of these coins by the Medals Department. The purpose of the coins was to serve as needed. However, the most common theory was about private broadcasting. This has already been proven in the country and will not be the first and unique case.

Whether or not they were issued privately in 1924, Samuel Brown sold the five coins in a set, passing through the hands of several dealers in a short time, to finally arrive in Colonel E.H.R.’s collection. Green (E. H. R. Green), where they sat until his death in 1936. The colonel’s collection was later sold by his heirs, and the five coins were first separated from their presentation in 1920. They were bought by two dealers. Eric P. Newman and B. G. Johnson, and from now on each of them takes his own path.

Two of the five coins are matte-gloss and the other three are minted using standard technology. The most famous specimen is the one purchased by the collector Louis Eliasberg. It is rated 66 by both the leading coin certification companies PCGS and NGC. The coin remained in Eliasberg’s collection even after his death in 1976, but was sold at auction in May 1996 at a Bowers and Merena auction to rare coin dealer Jay Parino for $ 1,485,000, the highest price ever given. in the world. The coin was put up for auction after the opening in 2001, raising its price to $ 1,840,000, and in May 2005, Legend Numismatics bought the Eliasberg coin for $ 4,150,000. At the next auction at which this coin was sold, it reached a price of $ 5,000,000, going to an unknown collector in California. 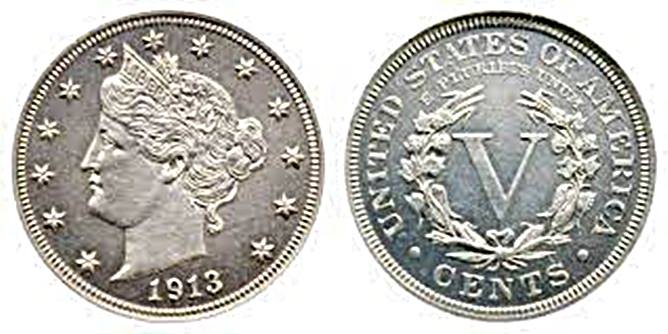 And while the Eliasberg model is the best-preserved of the five coins, Olsen’s coin is perhaps the most famous of all. It was rated as a Proof-64 by both PCGS and NGC and was featured in an episode of Hawaii Five-O – “$ 100,000 Nickel”, aired on December 11, 1973 on American television. It was also briefly owned by King Farouk of Egypt. When Newman and Johnson smashed the lot of five coins, Olsen’s specimen was initially sold to James Kelly and immediately afterwards the coin was bought by Fred Olsen.
He later sold it to King Farouk of Egypt, but still the name