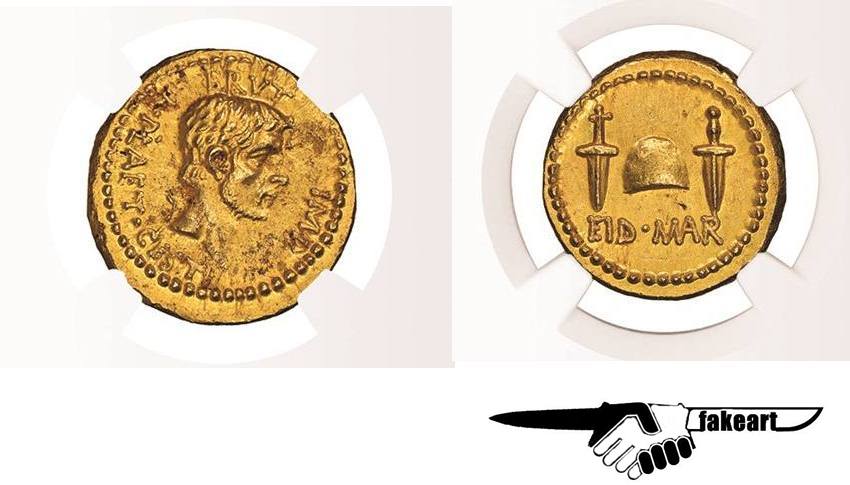 An EID MAR aureus of Brutus, recently certified by NGC Ancients, has sold for nearly $4.2 million, the highest price ever paid for an ancient coin at auction.

The EID MAR’s iconic design with two daggers and a liberty cap on its reverse, celebrates the assassination of Julius Caesar on the Ides of March (March 15), 44 B.C., a deed that shaped the history of the Western world. By striking his own coins soon afterward, Brutus did not shirk his leading role in the murder, but presents it as regicide, a patriotic act in defense of Rome.

As one of just three known gold examples of the most important coin of the ancient world, the EID MAR aureus continues to make history 2,000 years after it was struck. The extraordinary price realized attests not only to the importance and value of the EID MAR aureus, but also the strength and vibrancy of the collectibles markets.

The EID MAR aureus was sold on October 29, 2020, by Roma Numismatics Limited, a United Kingdom-based specialist. Spirited bidding drove the price to £3,240,000 (about $4.188 million USD, including buyer’s premium), far beyond its conservative pre-auction estimate of about $650,000. 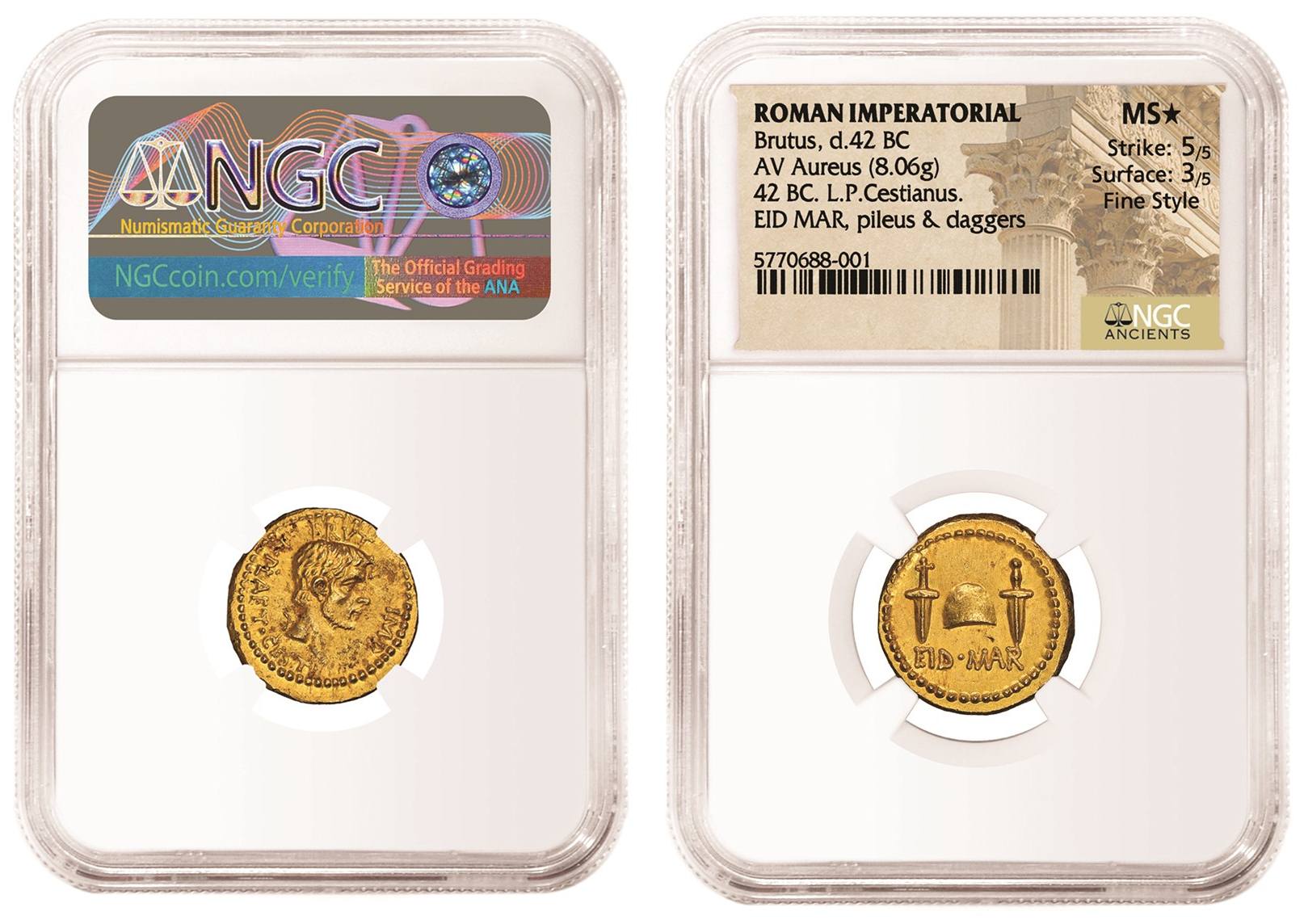 “With its fabled history and outstanding condition, we expected this EID MAR to far exceed its auction estimate and sell for more than a million dollars — and did it ever!” exclaimed Mark Salzberg, NGC Chairman and Grading Finalizer. “NGC is honored to be part of this coin’s amazing story and the setting of a world record price.”

While there are about one hundred known EID MARs in silver, only two gold pieces were known until Roma Numismatics Limited submitted this third example to NGC Ancients, which confirmed its authenticity after a thorough evaluation.

In addition to confirming its authenticity, NGC Ancients assigned the grade Mint State ★, 5/5 strike, 3/5 surface, along with the “Fine Style” designation due to its high level of artistry. The trademark NGC Star (★) Designation is assigned to coins that exhibit exceptional eye appeal.

“I am sure that NGC Ancients’ impartial verification of the EID MAR’s authenticity and condition helped it to achieve such an astounding result at auction,” commented Richard Beale, Managing Director of Roma Numismatics Limited. “Bidders were confident that they were competing for a true masterpiece.”

NGC Ancients has now certified two of the five most valuable ancient coins ever to sell at auction. The other, a Hadrian Brass Sestertius, sold in 2008 for $1.9 million.

The EID MAR’s record-breaking price is another indicator that the collectibles markets are thriving with the help of NGC’s third-party certification services. Buyers around the world have confidence that certified collectibles are genuine, accurately graded, properly described and securely protected by NGC’s state-of-the-art holders.