A Roman sapphire ring, probably of Emperor Caligula, is up for auction in London

An ancient Roman sapphire ring is up for auction in London. The sky blue hololite (as jewelers call rings made of a whole gemstone) in ancient times probably belonged to the Roman emperor Caligula. On it is engraved an image that is considered to be an image of Cezonia – the fourth, last wife of the emperor.


Ancient authors write about her that she was neither so beautiful nor young when she became Caligula’s wife. Gossip has it that Caligula bragged about his wife, sometimes showing her naked to some of those close to him.

Cesonia was killed almost immediately after her corrupt husband was killed. Historians of the time write that, broken by grief over Caligula, she willingly submitted her neck to the murderers, encouraging them to kill her without hesitation. 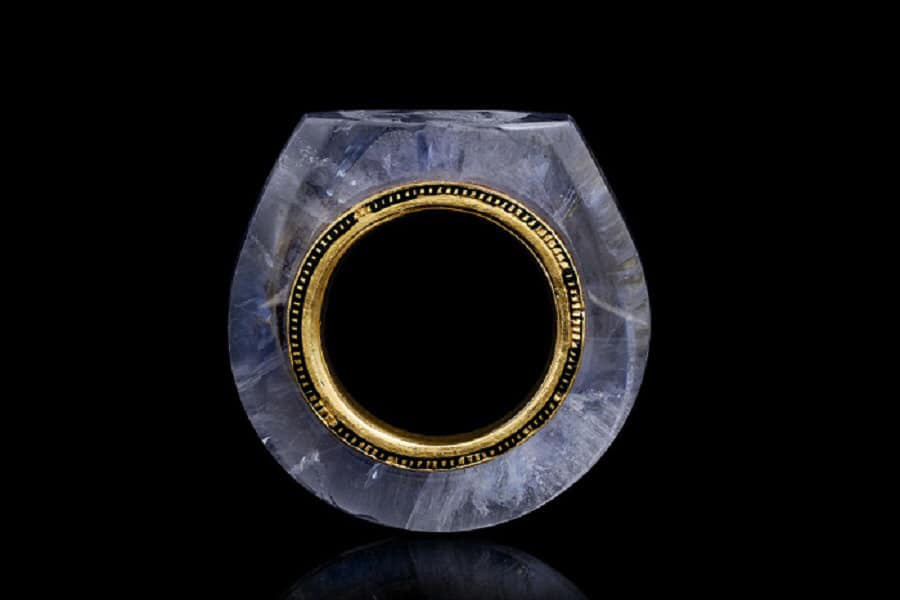 The “Ring of Caligula” was kept in the collection of the Earl of Arundel from 1637 to 1762, after which it became part of the famous collection called “the treasure of Marlborough” (Marlborough gems). The collection contains 800 precious artifacts collected in the late eighteenth and early nineteenth centuries by George Spencer, 4th Earl of Marlborough. 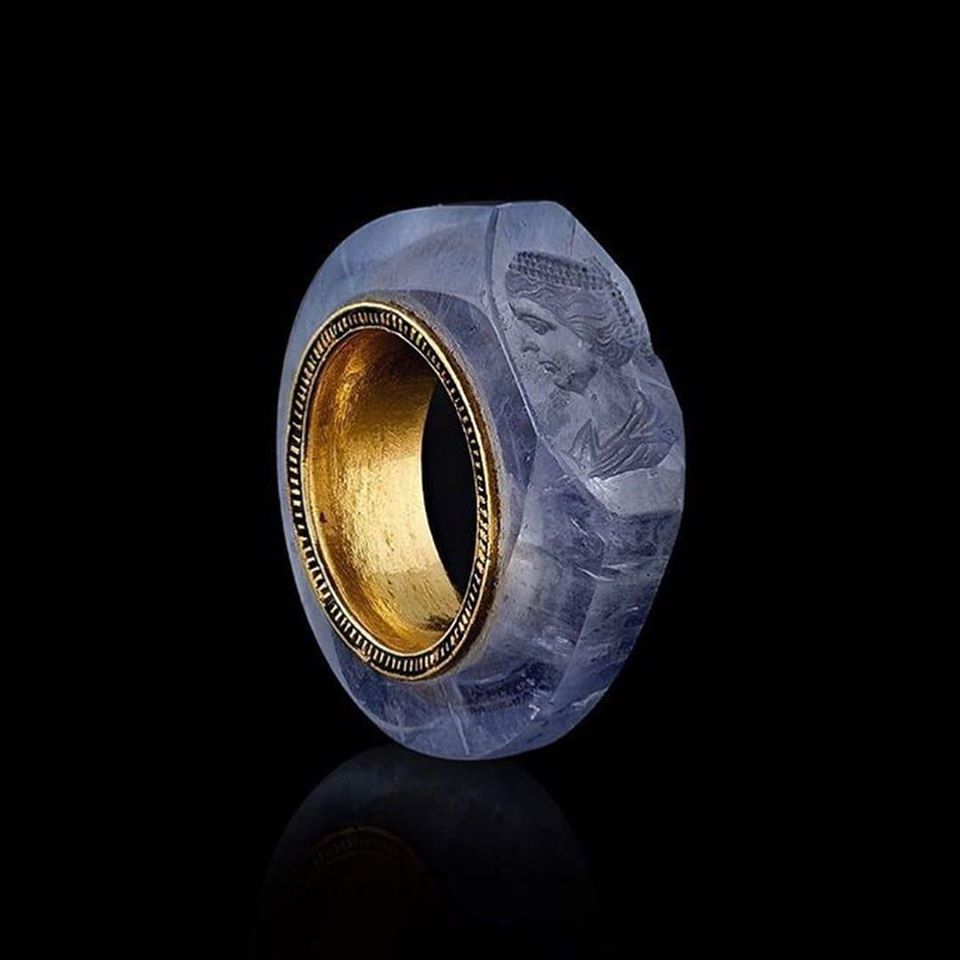 In 1875, John Winston Spencer-Churchill, 7th Duke of Marlborough, sold the collection to pay for the renovation of Blenham Palace, the family estate of the Dukes of Marlborough near Woodstock. The new owner of the jewels is David Bromilou of Beatsville Hall in Leicestershire, who pays her £ 35,000 (which today is roughly £ 2.2 million).
In 1899, the Caligula Ring was sold at auction to Christie’s by the daughter of the then owner. The new owner is a bank dealer named Julius Goldsmith.

The origin of the ring remained unknown until 1971, when the jewel was auctioned at Sotheby’s in London and changed hands for a modest £ 750. The ring was then part of a French chateau collection and was later purchased by the antique firm of the Warts, the personal jewelers of the British Queen and Prince Charles. The location of the Marlborough Treasure is now known to be the location of only a quarter of the former 800 jewels; for the other items it is not clear where they are stored.
Kieran McCarthy, director of the Warts, told the British media: “The ring is one of the prestigious precious artifacts from Marlborough gems, previously stored in the collection of the Earl of Arundel. It is made of whole sapphire. There are very few such hololites, and I would say that this is the best specimen you can find.
Do you know how much this ring sold for?