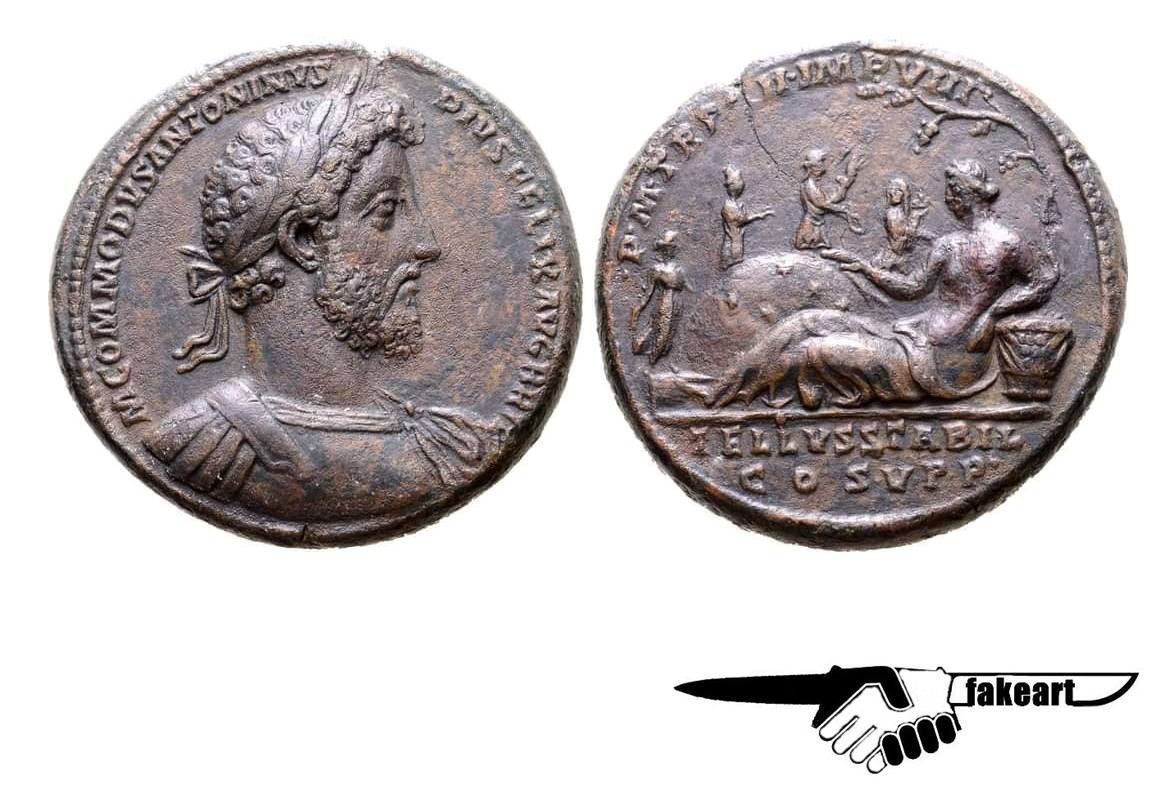 Commode Medallion.
what do the coins tell us?
For the average resident of the Roman Empire, life under Commodus was if not a Golden Age, then a peaceful and somewhat prosperous one. The reverse of this medallion depicts the allegorical figure of Tell, who embodies the sense of stability and peace during the reign of Commode.

The production of medallions like this gradually increased from the time of Hadrian’s reign and reached its climax at Commode.
Coins were the medium of the ancient world as they spoke to the masses of kings and emperors.