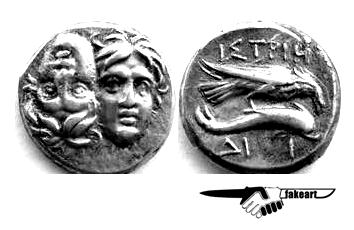 Counterfeit of Drachma Moesia Istros 4th Century BC Obverse: An image of two male heads without a beard. Reverse: Dolphin eagle on the left, the inscription I (TPIH (the name of the town of the Ionian dialect) is at the top, and the NI monogram is below. Weight – 4.0 grams. There are also slightly larger ones with a diameter of 18 mm, weight 4.6 g. 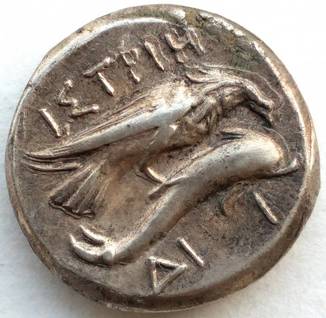 This type of counterfeit has produced over 35 000 pieces originating in Bulgaria and for the last 25 years there are no new emissions because the counterfeiter itself is dead, more precisely disappeared has been missing since 2005 and has been unknown for decades because the police mafia pressured him to give them money, and he refused. 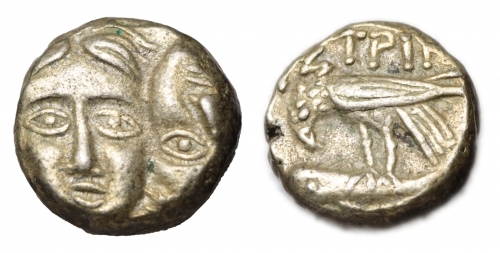 Although not confirmed after his death, he leaves a mark on the counterfeit business that no one in the world can catch up to tens of millions of copies of silver and gold coins and bronze ones and all sold as originals rather than replicas. His name is Evgeni, nicknamed the little one from Varna, Bulgaria. 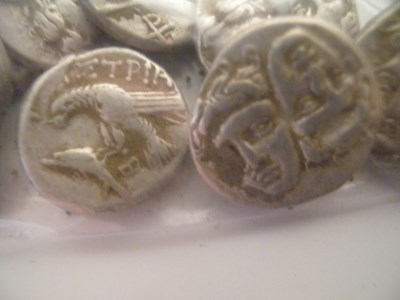 The world’s most productive counterfeiter has produced tens of millions of counterfeits. Legends are borne out for him and they are not exaggerated counterfeits in large prints from all eras Greece, Rome, Byzantium and unique are still sold today. Group collections are easier to sell for larger sums and counterfeiters tend to produce and sell such finds for real, large sums of money. Eugene was an unrivaled craftsman in terms of volumes and circulation of tons of silver coins and hundreds of kilos of gold, 24 carats he sold in his day.

An expert must be familiar with the technology of manufacturing counterfeiters – their engraving skills and style, as well as the materials and techniques they use to be adequate in their time, said Stefan Proynov.