Extremely rare gold coin of the son of Alexander the Great 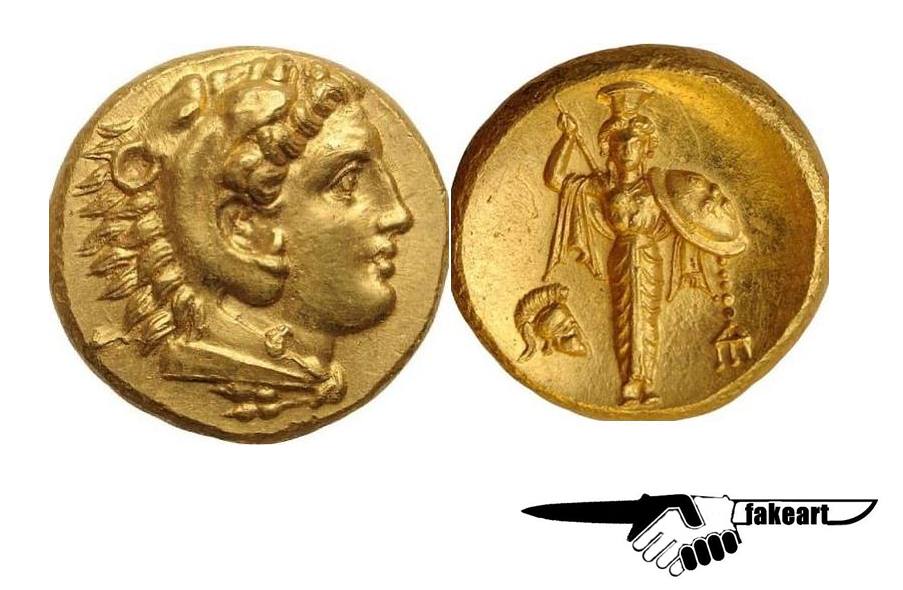 Heracles of #Macedonian was the son of #Alexander _ III the Great of Barsin, daughter of Satrap Artabaz of #Frygia. Heracles is named after the Greek mythological hero of the same name. Heracles lived in obscurity until the assassination of Alexander IV (the legitimate son of Alexander the Great) by Cassander in 310 BC. or 309 BC. At this point, Polyperchon, regent of Macedonia, who was replaced by Cassander and everything but disappeared in the last six years, began to champion Heracles as the true successor of Alexander, and Polyperchon began to form an army. Instead of fighting, Cassander negotiates with Polyperchon. Offering #Polypercon various bribes such as a sinecure and a large number of talents, Cassander persuaded him to kill Heracles, and Polyperchon retired again into obscurity.

The opposite shows Alexander the Great as #Heracles, clad in the skin of a Neamian lion. The opposite is with a coat of arms # Corinthian # helmet at the bottom left next to an armed figure of Palladion. Palladion is a cult image of the Palace of Athens. Based on the legend of the wooden statue of Palace #Athens, which #Odysius and #Diomed stole from the citadel of #Troy. (Source of information: bonhams.com)