In Bulgaria, treasure hunters were arrested, draining a lake to search for valuables 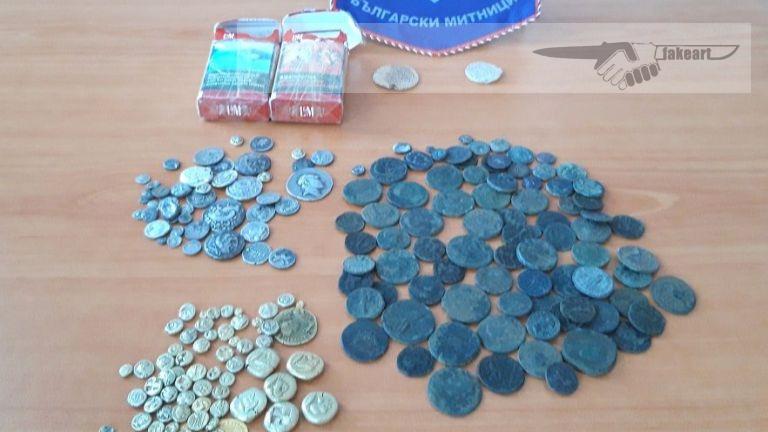 In Bulgaria, treasure hunters were arrested, draining a lake to search for valuables. Two people have been detained in a specialized operation on countering offenses related to cultural and historical property and crimes against property, according to the Regional Police Directorate-Pleven.

In the area of Vodnitsa, on the land of the village of Petarnitsa, falling under Natura 2000, two Crime Stoppers were detained by two people at the time of the drainage of a lake near the Vodnitsa cave for the illegal search of cultural and historical sites. values.

Their identity has been established – 58-year-old from the village of Krushovitsa and 49-year-old from the village of Petarnitsa. For this purpose the persons used technical means – rubber hoses, manual vacuum pump and others.
Subsequent searches and seizures of 202 pieces of metal, coins, fibulae, bracelets, rings and other objects of various shapes and sizes, bearing the marks of movable cultural and historical values, a clay jar with a height of 46 cm were found and seized in the detainees’ homes. , metal finder brand “Garrett”, oxygen bottle, and to it a hose with a length of 10 meters with two respirators attached, diving goggles, diving suit, straight shovels and pick, gas pistol “Blow 38” unregistered in the proper order.

The two men are in police custody for up to 24 hours. Pre-trial proceedings have been instituted in the case, and work on its documentation continues under the supervision of the prosecution.