One of the largest Roman finds found in Britain

An amateur treasure hunter in 2013 discovered one of the largest and best-preserved finds of Roman coins in Britain. The treasure of more than 22,800 copper coins from 1,700 years ago was discovered near Seaton in East Devon, England. 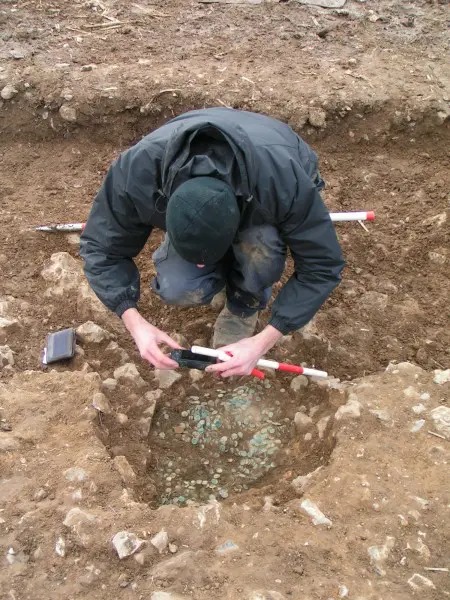 The find was discovered by Lawrence Egerton, a builder and enthusiast with a metal detector, who was looking for a private property near the previously excavated site of a Roman villa. “I had a signal from the metal detector, which means it was probably detecting iron,” Mr Egerton said. “Most metal detectors are set to ignore the iron, but I decided to dig in this place and immediately came across a few iron bars that were placed on the coins. My next shovel was full of coins – they just scattered over the ground, “he added. 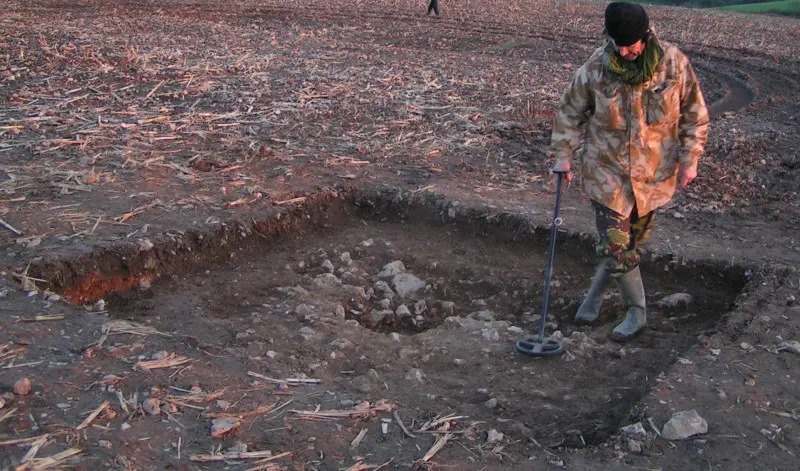 Archaeologists are beginning to carefully remove and examine coins that are believed to have been originally kept in a cloth or leather bag that did not survive.

According to Devon County archaeologist Bill Horner, Roman coins date between 260 and 348 AD. And bear the images of Emperor Constantine and his successors. Experts estimate that the amount of coins would have been a two-year salary for 4 Roman soldiers at the time.

The story behind how the coins were buried in a pit in Devon is a mystery, but Mr Horner suspects they were hidden by a man to preserve them, perhaps in times of instability. “A deep hole in the ground is as safe a place as any other to hide your savings during unstable times or if you’re going on a long trip,” says Mr Horner.

“But whoever did this never came back to take them.” Although other great treasures were found – 22,703 coins in Nether Crompton (1989) and 52,503 coins in Frome (2010) – the latest discovery called ” The Seaton Down Hoard is considered one of the best-preserved 4th century collections found in Britain, and beyond.