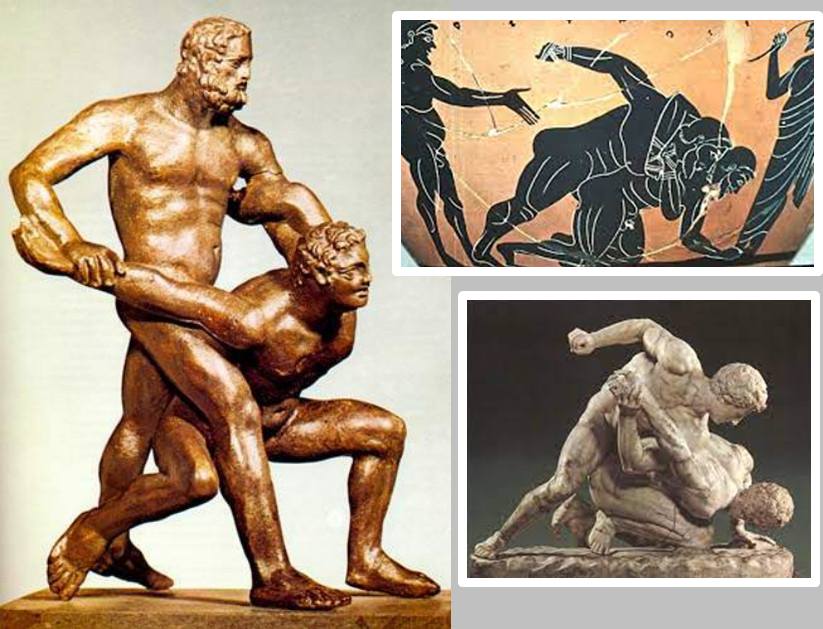 Pankration is a sport originating in ancient Greece, introduced into the program of the ancient Olympic Games in 648 BC.
One little-known fact that came to mind is about a competitor named Argigion
Argigion won the Pankration competition in the ancient Olympics in an unusual way. He was strangled by his competitor while he was locked in a fight. Argigion managed to break the other fighter’s ankle. This, of course, makes the other surrender. The judges then found that Archihion had been strangled. However, the corpse of Argigion received the crown of the victor.

Whether there was a black lotto or it was one of the judges’ last gesture to Argigion’s name and authority we do not know, but he is the first contestant to receive a posthumous title.
Pankration is a combination of boxing and wrestling and there were three rules in it – not to get confused, not to bite and not to hit the genital areas, and everything else was allowed in today’s MMI competitions.
In ancient times, Pankration was very popular and was practiced both professionally and amateurly. Severe injuries and deaths accompanied each competition – tournament, but the competitors enjoyed great public authority and respect.

That is why to this day there are many sculptors and painted vases that carry information that Pankration had a great social influence. There were schools in which students entered from an early age. The Pankration does not use weapons and aids, only hand-to-hand combat. 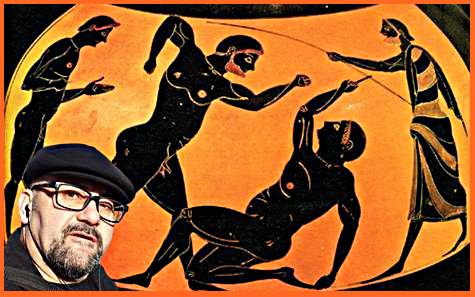 Author: Stefan Proinov – art expert in ancient and ancient art. I myself trained wrestling in my youth and I know how hard and tiring our training was, but we trained in a gym on a mat while the ancient Greeks fought right on the hard surface under the scorching sun.
The only thing they used was to smear themselves with olive oil, which helps them get out of some locking grips and from the scorching sun.

In ancient Rome, struggles are still practiced to this day, but they are no longer called Pankration.
Fighting was widespread during the Ottoman Empire.
In 1999, the World Pangration Athlima Federation (WRAF) was founded in Greece, with the aim of promoting and developing a modern version of pankration. The rules of modern sport have been modernized and many tournaments (including world championships) have been organized.

The competitions are held on a wrestling mat, mat. Allowed techniques are grabbing, throwing, choking and punching and kicking (also with the knee) in the body and thighs. Players are dressed in blue or white. Protective equipment includes thin gloves (which allow grips), foot shells, a groin guard and a protective gum for teeth. Women can also use a protective breastplate. Men compete in eight and women in six weight categories. Nowadays, pankration is a modern and popular martial art. There are many organizations in the world that develop and promote it.