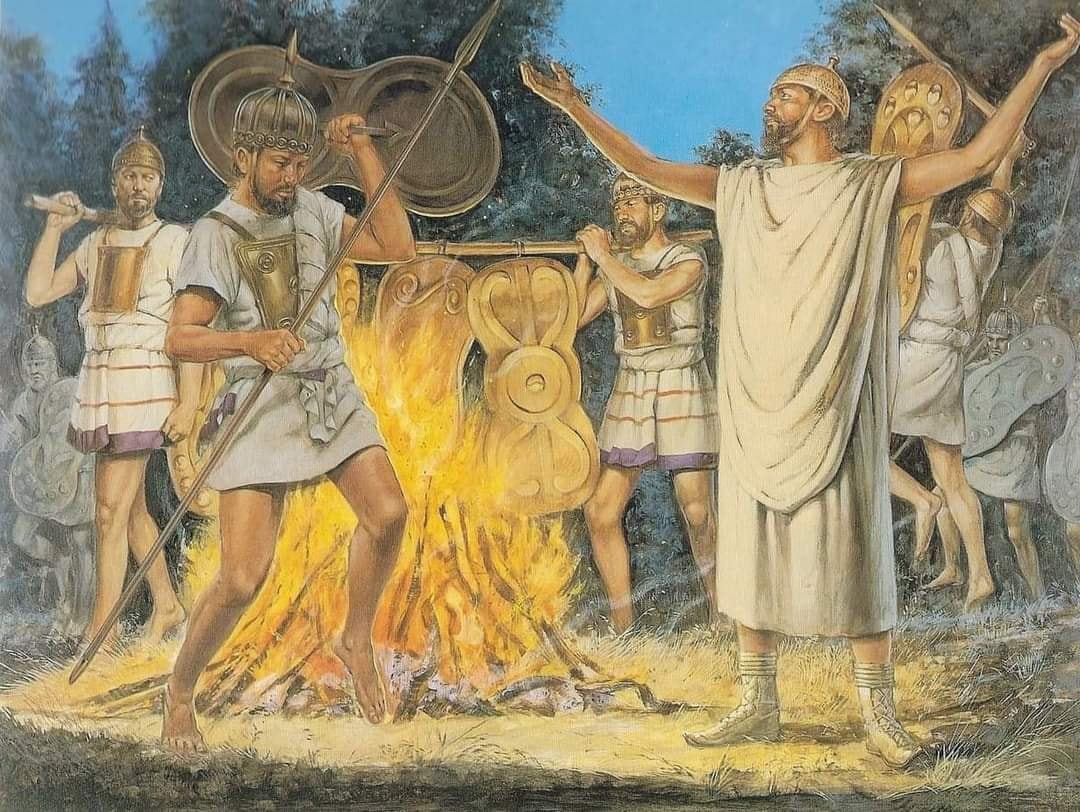 SACRUM MAMURIO March 14/15
In the Roman religion, Mamuralia or Sacrum Mamurio is a holiday that occurred on March 14 or 15, mentioned only by the most ancient sources. The name of the festival is associated with Mamurio Veturio, who according to tradition was the craftsman who built the ritual shields (Ancilia), hung in the temple of Mars. The Roman calendar originally began in March, the Mamurals are the holidays that mark the transition from the old to the new year. According to the legend of Mamurio, Numa Pompilius was commissioned to produce eleven shields identical to Antsila, the shield that fell from the sky as a sign sent by Jupiter to testify to the invincibility of Rome and to strengthen his position as the future ruler of the world. Ancilla, one of the seven defenders of the Roman state, the so-called Pignora imperii, the eleven copies of the ancilia (shields) were made to prevent theft and were kept by the Sali. In return, Mamurio asked for his name to be remembered in Carmen Saliare, the sacred song that the Salites sang when they performed the ritual dance, armed with shields:

He had already given the name to the Sali, derived from their dance step, the shields, and the words to be sung in rhythm. Then Mamurio said, “I am honored that my name was last mentioned in Carmen,” thus the priests kept the ancient promise. Finally, he refers to Mamurio.
Ovid, fast lib. III 385 – 392

The divine shield is believed to have fallen from the sky on the first day of March, in the oldest Roman calendar compiled by Romulus, the year is divided into 10 months and begins with the month dedicated to Mars, and many scholars believe that Mamuralia was originally were the celebrations for the coming of the new year. The number of shields ordered by Mamurio corresponds to the 12 months of the new calendar sought by Numa Pompilio.