Stefan Proinov: Assimilation of Thracians and Scythians lasts for centuries. There are many historical sources from which we understand what was the way of life and way of life between these tribes. I, Stefan Proynov, boldly claim that the ancient Scythian customs and rituals eventually gave way to the Thracian, Slavic and Proto-Bulgarian, while this people was melted over the years with many influences from external tribes, little by little weakened Scythian customs and habits and habits. Proinov: Let me tell you about the Scythians.

The Scythians were mainly divided into several types according to their way of life, one of which was pastoralists – with a nomadic type of way of life. Together with their flocks of sheep, goats and horses, they moved to different pastures with their families and lived in herds and movable houses, often made dugouts and even some of their carts were adapted for this. Temporarily, according to the season and grazing, they have moved in favor of their cattle, and in some places this way of life is still found in Mongolia.

Their horses were lavishly decorated with saddles of many colors and feathers with zoomorphic appliqués, and the Scythians themselves were quite cohesive tribal communities. They had sacred lands of their ancestors where they built their burial mounds. The other type are hunters – they are more militant and experienced archers and riders, just as the Thracians believed in the afterlife, they were skilled riders with attractive and deft horse tossing, they shot the game, which they mainly subsisted on today in Russian. lands there are such heirs for example dzhigits.

They made unique tattoos, with which they committed themselves to the afterlife and fidelity, believing that these tattoos will be recognizable in the afterlife. In Russia, this model of communication with tattoos is still adopted, mainly in their mafia and in prison circles they have specific symbols that mean specific things, even the blanks on the bodies of mobsters show what they want to become and have a specific symbol there.

The Scythians invented the small short bow, which was convenient for shooting from a horse, which would later reverse the course of history borrowed from the Avars during the time of the Avar Haganate. Some also put a drop of poison on the tips of the arrows to quickly kill the victim with a nerve-paralyzing decoction prepared from extracts of animals and plants. They were brave warriors who, before tribal wars, put a bundle of hemp-cannabis in the fire before the battle and inhaled the smoke, which shows their attachment to the mystical and gave them more courage, and they, like the Thracians, believed in mysteries. The short Scythian sword is a Thracian weapon, later replaced by the mahaira, which is again a Thracian weapon.

Stefan Proynov: Mainly the historical sources for the Scythians are from Herodotus, but here is another connection with the Thracians: In Dobrogea, in approximately the same period in which Kanit III lived in the II century BC, other nobles ruled with special names. The kings Adraspos and Haraspos can be mentioned as examples. Both anthroponyms contain the particle aspos, which is actually an ancient Thracian word for horse. We meet her in the epithet of the Thracian horseman – Ut-aspios. 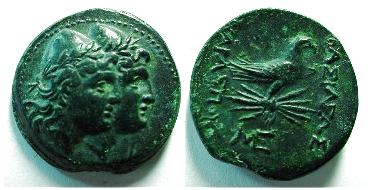 There is no way for critics to question the cult of the Thracian horseman. We cannot ignore the fact that in their later period the Scythians also spoke Alan language from 400 to 1000. The modern Ossetian language spoken in the North Caucasus is considered to be the successor of the Alan language. It is cannabis that originates from the Caucasus Mountains and it is most likely that they brought it to our lands from there. It should be noted that the sources for Scythian and Sarmatian are completely different.

Scythian vocabulary has been preserved mostly in separate glosses and personal names, while the vocabulary of Saramat is almost completely preserved in the Ossetian language, but we must admit that many Thracian words are present in the Scythian language.

Here is the list of Scythian kings, see their names:
• Grunderheros Targitai, son of Zeus and a river nymph of the river god Boristens (mythical)
• Lipoxai, Arpoxai and Colaxai, sons of Leipoxai or Targitai (ancestors of Scythian tribes) Ishpakay (679 – 674/3 BC) during the reign of Esarhaddon, king of Assyria (680 – 669 BC)
• Partatua (~ 673 – 654, 645 BC) ), during the reign of Esarhaddon
• Madius, ca. 616 BC, son of Partatua
• Idanthyros / Skitharb, ca. 514 BC
• Ariant, makes a census
• Savliys, 6th century BC
• Ariapeth, 6th century BC
• Esquiles, his son
• Ariapiph
• Spargapeth Spargapif from the tribe of Agathirsi
• Lik, son of Spargapif
• Gnur, 7th – 6th century BC, son of Spargapif
• Saul, son of Gnur
• Idanfirs, son of Saul
• Skill (d. 424 BC), son of Ariapeth and a Greek woman from Istros. He was overthrown because he was against the old traditions and fled to the Thracian king Sitalk
• Octamasad, 446 BC, brother of Skill
• Atheus (358 – 339 BC)
• Ariant
• Hagar, ally of Satyr II from The Bosporus Kingdom, 4th century BC
• Kanita, 3rd century BC
• Saitafern of the Sai tribe, 3rd / 2nd century BC
• Skilur, second half of the 2nd century BC, founded Naples (Crimea)
• Palak, end of the 2nd century BC.
• Pharnacus II, king of the Bosporus Kingdom from 63 to 47 BC.
• Savmak, former slave of Perisad V, leader of an uprising (108/107 BC) in the Bosporus Kingdom
• Argunt, 244 These kings lived in prosperity because the coins that come out of our lands are in good quality, not rubbed a lot of bargaining and bags of quality metal are made bronze and silver. However,

Herodotus claims that the Thracians reached India, which practically proves that the Scythian tribes were ruled by Thracian genes, but the modern reading in the apostate academic circles does not look for evidence in this direction, but on the contrary puts all Bulgarian in doubt while hiding it in someone archive.

Over the centuries we have melted many peoples and there are traces on today’s map as settlements bearing names such as Kumanovo, Avren and many others not accidentally in the Ottoman Empire change the names of districts and settlements as part of the process of assimilation. However, local endemic folklore bears the marks of its past and this is often a clear sign of assimilation over the centuries in a region. Unfortunately, we are the heirs of a great nation, which is genetically destined to divide and deny itself, to oppose, not to unite.

If the Thracians had united against Alexander, they would not have been conquered. While when King Darius reached the great Scythia, the chiefs of the Thracian-Scythian tribes came out and told him “if you want to see