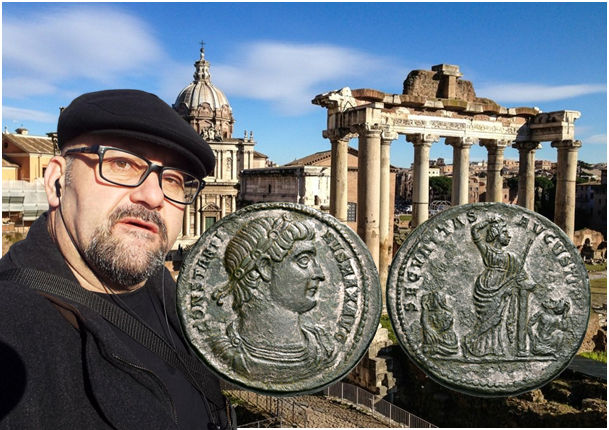 Stefan Proynov I want to show you some bronze medallions from the era of late Rome.
Medallions are rare coins, they are issued in small numbers on a special occasion and the emperor gives them to those close to him. 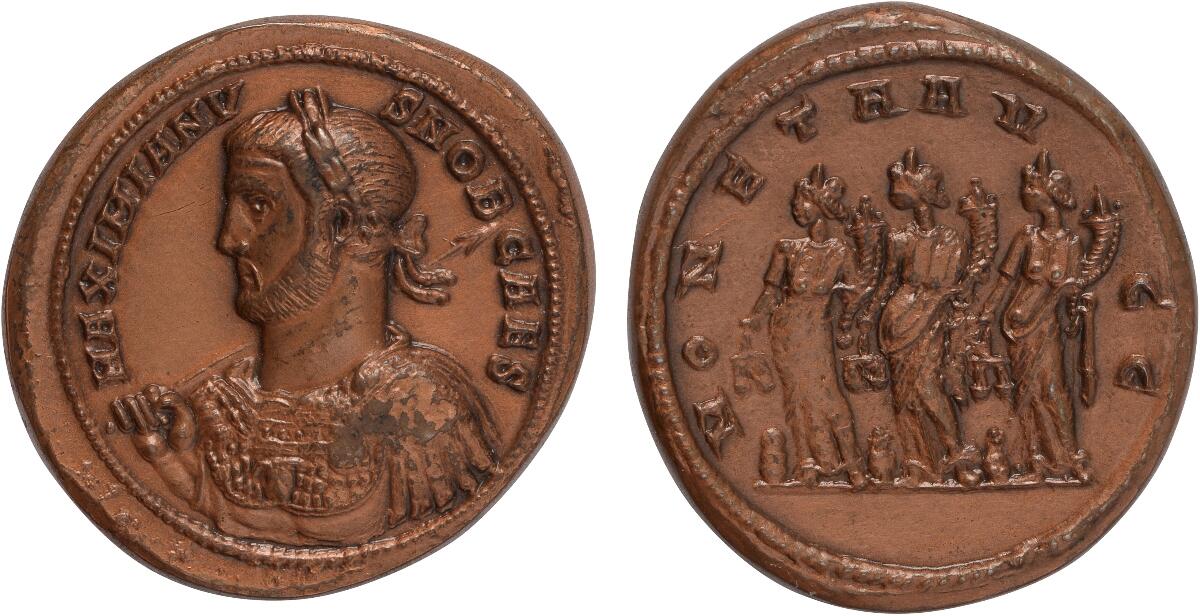 Roman Coins, Galerius as Caesar (293-305 AD), AE bronze medallion, 1982 restrike by the Paris Mint, laureate and cuirassed bust of Galerius left, holding spear on right shoulder, rev. the three Monetae standing facing, each holding cornucopiae and scales, piles of coins at their feet, numbered 101/500 on edge (cf. Gnecchi 6 and pl. 129, 3), more or less as produced, some wear on high points The English words ‘mint’ and ‘money’ come from the temple of Juno Moneta (Juno Who Warns) in Rome, whe…

Constantine I, 307/310-337. Medallion (Bronze, but silvered, 39 mm, 29.66 g, 5 h), Rome, circa 327-333. CONSTANTINVS MAX AVG Diademed, draped and cuirassed bust of Constantine I to right. Rev. SECVRITAS AVGVSTI N Securitas standing facing, leaning on short column with her left arm, head turned to the right, placing right hand on top of her head and holding scepter in left; at her feet to left, mourning female captive seated to left, her right hand touching her face in an attitude of mourning;…