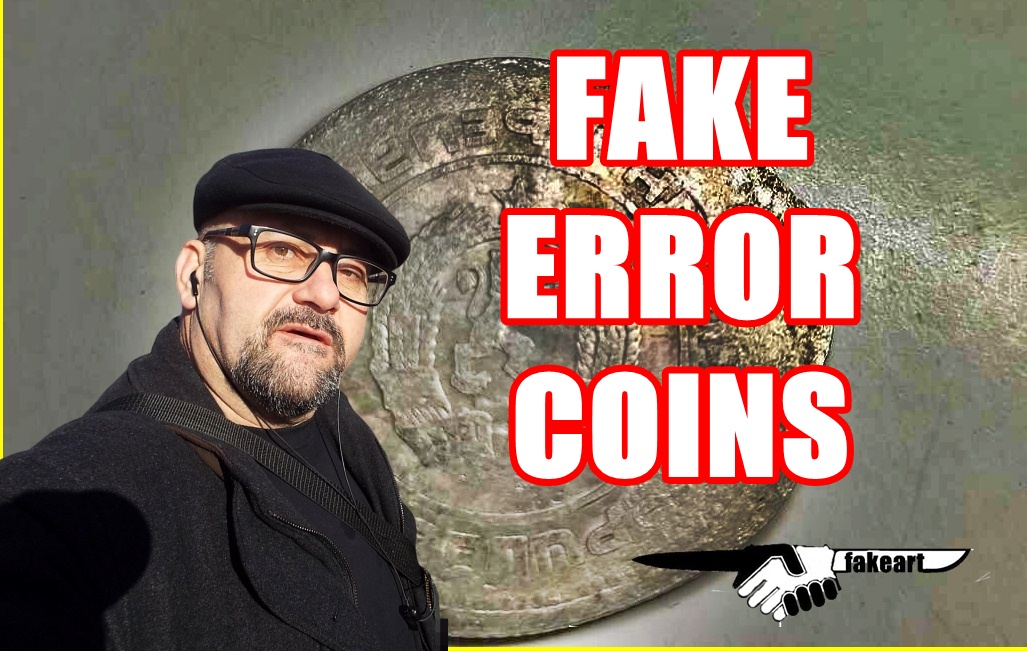 My name is Stefan Proynov and I study forgeries in numismatics.
In addition to making in-depth analyzes, we publish each discovery.
In recent years, modern coins have shown a greater interest in numismatics for the wrong coins.
Thus, a new type of fraudsters appear who take an authentic low-value coin and after additional processing try to assume that this coin is defective during its minting.

Here are some copies that are offered as such in Bulgaria.

Stefan Proynov: My analysis only visually suggests to me that these are coins on which there has been a modern refinement.

Defective are hammer blow as a coin is placed on them and struck.
On the underside they used smooth metal which, while absorbing the impact, also defected the reverse side.
Such types of matrix errors are not known anywhere in the world.

These are crushed cheap coins that are intended to deceive for small sums someone who does not understand. The sums are not prosecuted by law and so in practice and even if there is a signal to the Ministry of Interior it will be terminated due to insignificance.

But the act itself sets a precedent and encourages others to do so.
Watch out for such coins and consult before buying them.
We from the fake art team will continue to monitor for counterfeits and inform the world community about them.

A large international project for the study of matrix defects is forthcoming, in which our team is invited to participate.
Expect more information.