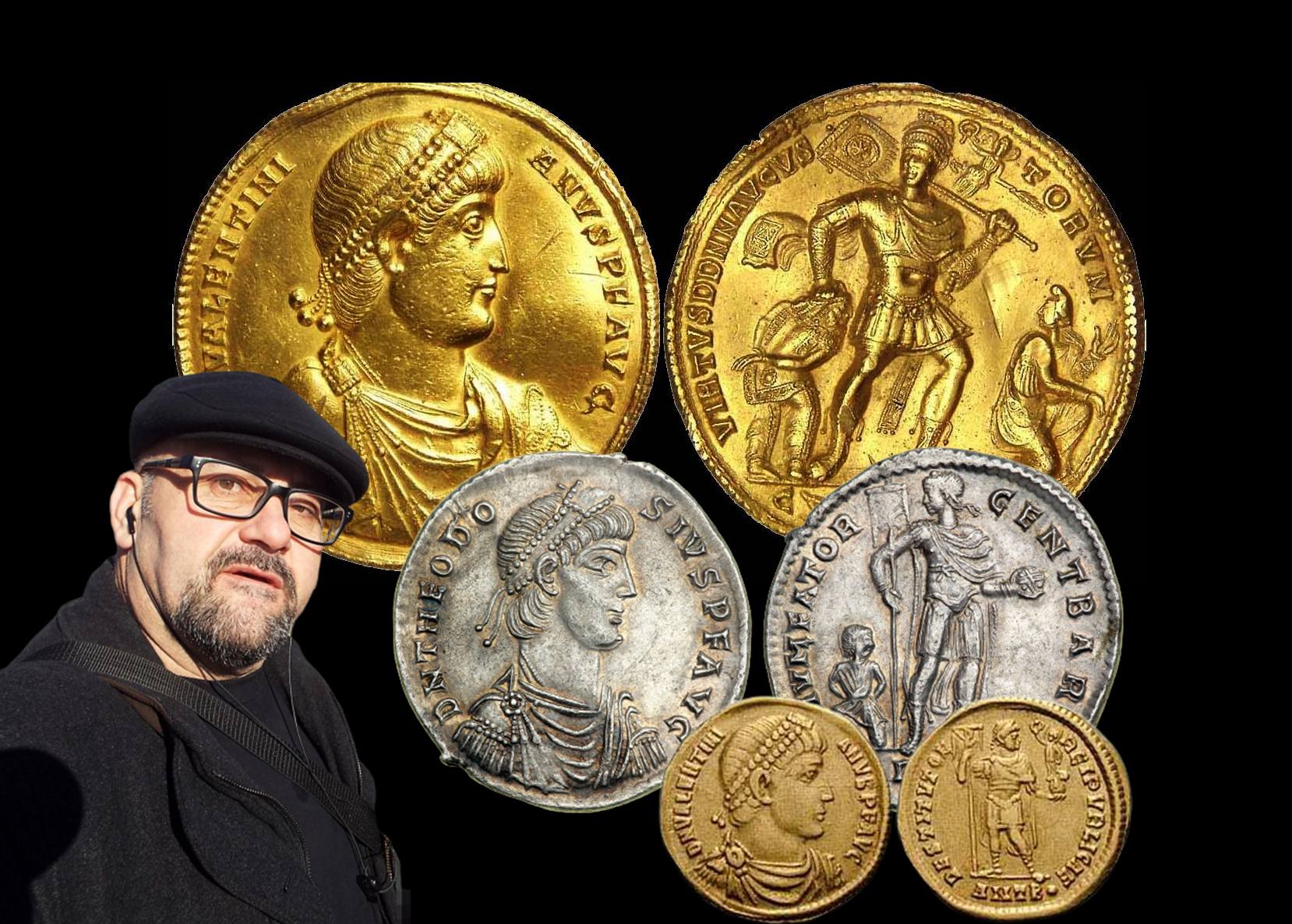 Stefan Proynov: I want to present to your attention a unique in style and workmanship gold medallion of Valentinian I (364-375). The medallion was found in neighboring Serbia near the village of Zatonie in the Gradiste district. It is now housed in the National Museum in Belgrade.

This one in particular is quite massive and weighs 80.45g, which is equivalent to 18 solidi. The multiple weight of such a medallion guarantees it a market value for the period equal to the number of solids corresponding to its weight.

The copper coins of Valentinian I have a similar plot, but the medallion far surpasses the others in elegance and detail of the reverse. The extremely saturated back with motifs and small details is impressive. 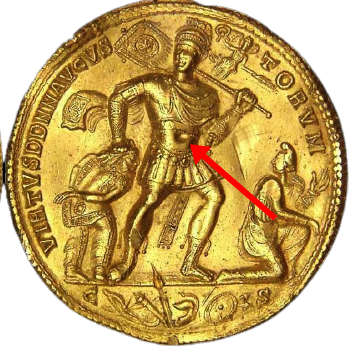 The emperor is with Horugwa and his captives are at his feet, but the images are extremely precisely made to the smallest detail in the armament and their clothes are no more detailed medallion in late Rome than that of Valentinian I. The engraver’s skills surpass even the most the beautiful masters of matrices in antiquity even recreated the buttons and decorations of clothes, jewelry and details through which they tell us what the clothes of the various conquered tribes were.

In the right type we see the traditional Thracian hat and style of dress of the Thracians – their heirs are on the left – a noble figure with the most lavishly decorated clothes. Due to its large weight and size, this medallion can hardly be cut off with a single blow, which is why there is a recess in the center of the emperor’s body, which is to fix the core to avoid slipping and not move the core in the matrix. This type of technique is also found in earlier coins widely used in Roman provincial bronze coins.

My name is Stefan Proynov and I am an expert in ancient and ancient art and in my humble opinion this medallion in quality and beauty ranks first among the famous of this period. The medallion, in my opinion, should date from the earlier reign of Valentinian I somewhere around 364-366. In this medallion it is noticeable that the engraver somehow breaks the canons of matrixing and inserts images and details of the plot between the inscriptions even under the cut where in principle is the place where the mint is written or an abbreviation of the city from which it was cut,

which is practically reserved place for the mint stamp. The size and weight are impressive, and this is a rather generous donation from the emperor to his generals or close to equal to the annual salary of an officer in his army. Of course, there are other beautiful coins from the late Roman era, but this is definitely one of the leading places in style and iconography. 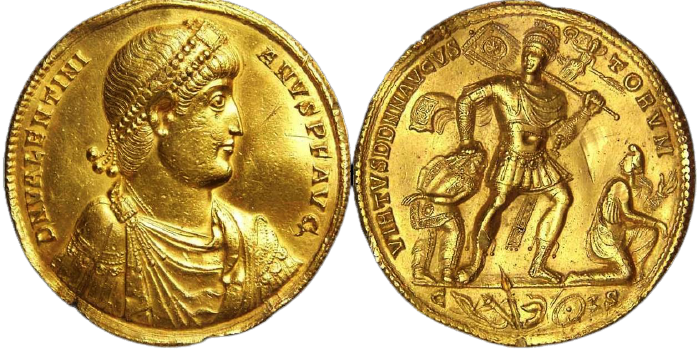 Stefan Proynov: I hope we can all enjoy this work of ancient coinage!