Stefan Proynov: He stood up and told them 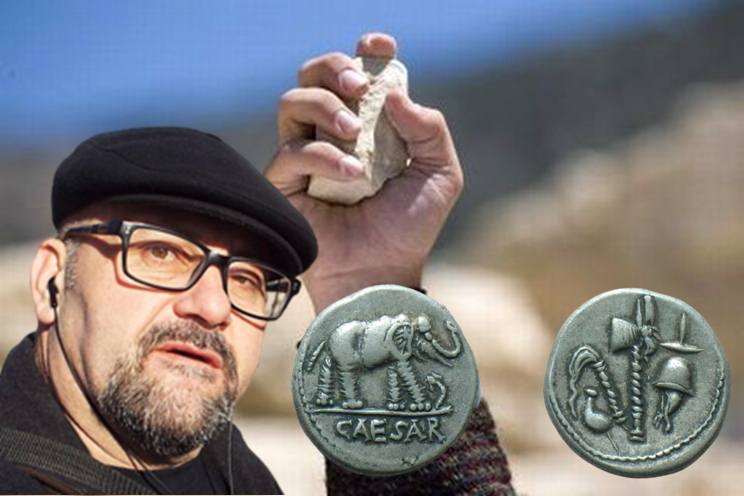 Stefan Proinov: He stood up and told them Stefan Proinov is an expert in ancient and ancient art for Bulgaria and the countries of Eastern Europe. When a coin is chemically manipulated and artificially patinated and you know it, you become an accomplice to fraud.


Coins given for a certificate must not be processed, they must not be patinated, otherwise it is a case of manipulation. In this case, it is not a cheap coin, but an attempt to subject the authority of an institution and a person who has been building authority for decades. 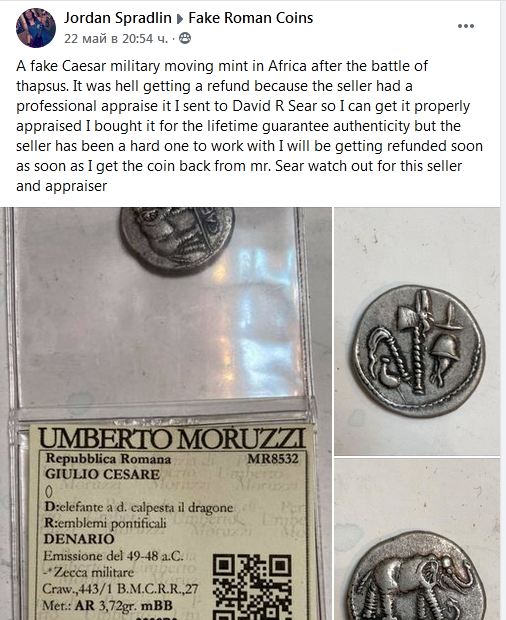 The real problem is not in the coin as everyone wants to be fair to the buyer, but the client wants to ruin the reputation of an expert who has done flawless analysis of far more expensive coins, and his expertise is respected by reputable auction houses and museums. The way the coin is served is manipulated. The way the information is presented has been manipulated.

I understand that he has been refused a refund to the client, but he continues to strike at the authority of a scientist. My name is Stefan Proynov and I live in the country from which over 80% of the counterfeits on the world markets have come out. Believe me, mistakes are made because all, absolutely all analysis companies allow the wrong coins to get certified. Here, a scandal is artificially created with the aim of compromising the authority of an expert. I would advise Jordan Spradlin to ask David R Sear to do a carbon analysis of a coin from his personal collection of Andrisk’s silver coin or pseudo-Philip VI, the leader of an anti-Roman uprising in Macedonia, who lived in the 2nd century BC. drachma with a crack in the reverse.

This coin was given to me for analysis 21-22 years ago and I was adamant that it was counterfeit, but people took it to David R Sear and he bought it for his personal collection. Now tell me who to trust – your eyes that have seen the mold and casting made in Bulgaria or the assessment? Where there is a human factor, it is always possible to make a mistake, but for a € 18.50 coin to ruin a name built over decades is really not serious. I have always said that two opinions are more than one, and three are always more than two. I mean, tell Jordan Spradlin, “since you can’t swim, why do you undress and jump into the ocean of numismatics?”

I am sure that there is no collector or expert who has not bought a counterfeit for the original and only one who does not work and does not cover quantities, only he can not make a mistake, it is normal in this fake world! But Jordan Spradlin with his cheap coin provoked experts from across the European Union, professionals from a dozen countries commented on this pathetic attempt to discredit the authority of Umberto Moruzzi. Umberto Moruzzi has no bad publicity.

Jordan Spradlin download your post and apologize to Umberto Moruzzi for the emotional problems caused. As young children you were human and that is why my advice is like for small children. I want to ask Jordan Spradlin why you didn’t give the coin to NGC? Because NGC will not certify a coin that has been manipulated in a temperature and chemical way and even has patination experience. (John 8): And he stood up, and said unto them, Whosoever is without sin among you, let him first cast a stone at her.

We at fakeart. publish Facebook content on the basis of paragraph 2.4 of the Facebook Statement of Rights and Responsibilities “When posting content or information using the” public “setting, this means that you allow anyone, including anyone outside of Facebook, access and use of this information, and to associate it with you (for example, with your name and profile photo).