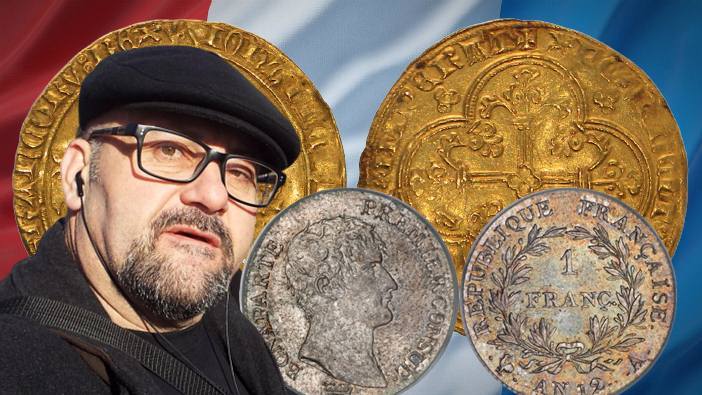 Stefan Proynov once again introduces us to the depths of numismatics with interesting facts.
The history of the name of the French currency, Frank, began at the end of the Battle of Poitiers in 1356, part of the Hundred Years’ War between France and England. At the end of the battle, the victorious English captured French King Jean II the Good and took him captive to London. Over the next few years, negotiations for the release of the French King and the conclusion of a peace treaty continued. Such was concluded in 1360. 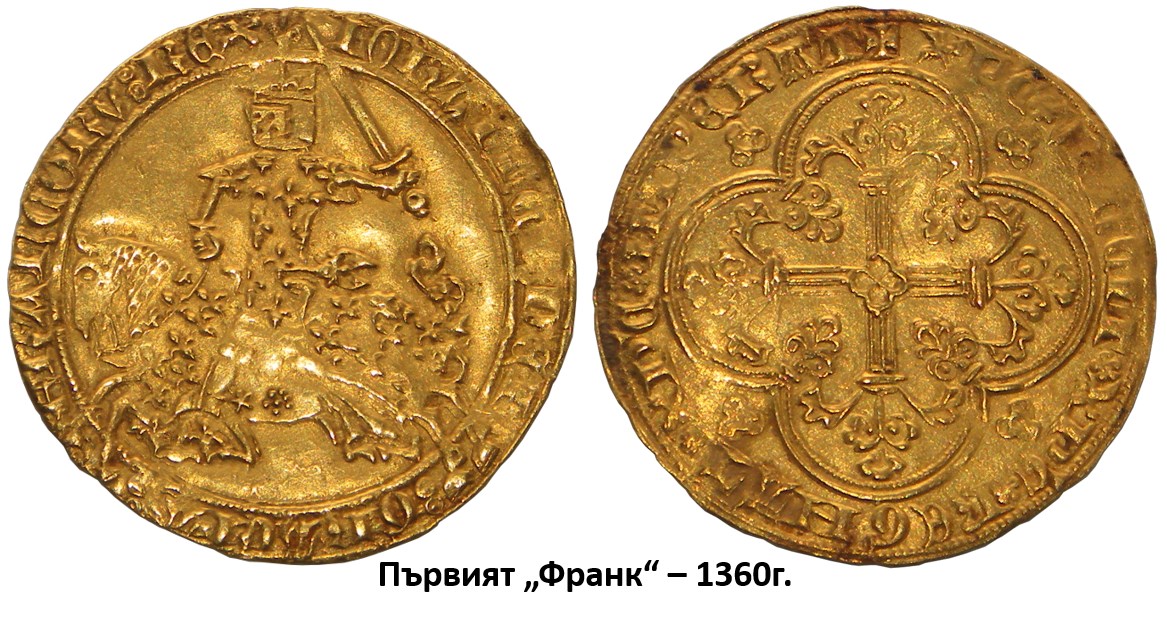 The Brettini Treaty set a ransom of 3 million livres for Jean’s freedom. In exchange for Jean, the English received his son, Count Louis of Anjou and other aristocrats. After his release, Jean returned to France and began collecting ransom. To do this, he ordered a new 24-carat gold coin weighing 3.885g to be struck. The name of the coin comes from the words that Jean wrote in the decree for the collection of the great ransom:
“We were released from prison, we are” franc “(independent) and free forever!”
From here, the word coins minted by Jean to pay the ransom began to be called Frank. They are the weight of the pound. The image on them is of a king (probably Jean) on horseback in a battle scene.

In the period before the French Revolution, various coins with the name Frank were minted, for example, in 1365 Charles V created the “franc à pied” (permanent franc), showing the monarch standing with a sword in his hand, and in 1422 Charles VII issued “Franc à cheval” (franc on horseback). From May 31, 1575, Henry III created the “franc d’argent” (silver franc) (1575-1586, then 1591-1594) and Henry IV cut a quarter franc and a half franc with his image on them.
The wars waged by Louis XIV completely ruined the country, both economically and financially. A great shortage of precious metals began to be felt, which led to a shortage of coins in circulation and to the issuance of new ones.
In this context, Regent Philippe d’Orléans appointed the Scotsman John Lowe (1671-1729) as France’s chief financial officer. In this capacity, Lowe founded the Banque générale privée (1716) (the Common Private Bank), and began to develop the use of paper money.

He then founded the Compagnie des Indes (Company of India) (May 23, 1719) with a monopoly on trade in all the seas and colonies of France. However, the imposed system encourages speculation in the Company’s shares and raises inflation. Towards the end of 1720, the “bubble” burst when people began to turn their paper money and shares into coins en masse. In 1726, the minting of noble coins resumed in an attempt to stabilize the country’s economy.

This year, 20 and 24 pound gold Louis d’or were cut. And although in the following years there was a relative stabilization of the French currency, the country’s economy is facing a complete collapse. Public debt more than tripled during the reigns of Louis XV and Louis XVI, which at the turn of the century pushed the country into a devastating civil war known as the French Revolution. 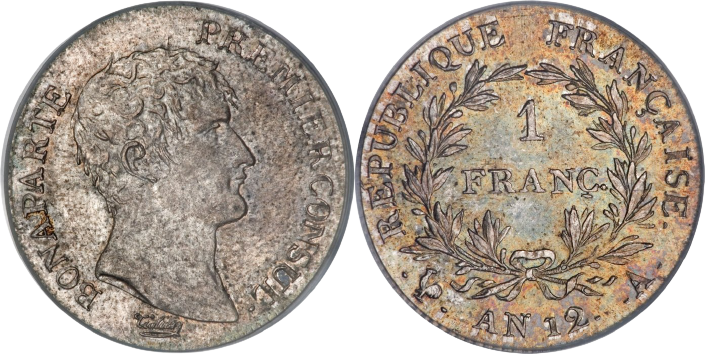 At the very beginning of the Revolution, the Convention imposed a new monetary system in the country. The decimal system was adopted, and the liver began to be divided into 10 equal parts called desims, and each of them would be divided into another 10 equal parts called centimes.
In 1795 the modern French franc was born. This year, the first issue of 5 Francs was issued, a silver coin with a sample of 0,900 and a weight of 25g. By the beginning of the 19th century, about 10 issues of this denomination were cut.

In the early 19th century, France began to transform from a Republic into an Empire. Napoleon waged spectacular victorious wars in Europe and subdued enemy after enemy. In 1802-1803, silver coins of ½, 1 and 2 francs with the portrait of the new Emperor of Europe – Napoleon Bonaparte were added to the already existing 5 franc coin. Thus, the franc remained as the name of the French currency for two centuries, until February 2002, when it was replaced by the common European currency – the Euro.
Author: Alexander Boyanov
Stefan Proynov – to thank Alexander Boyanov for the information provided, we hope we have been useful to you.