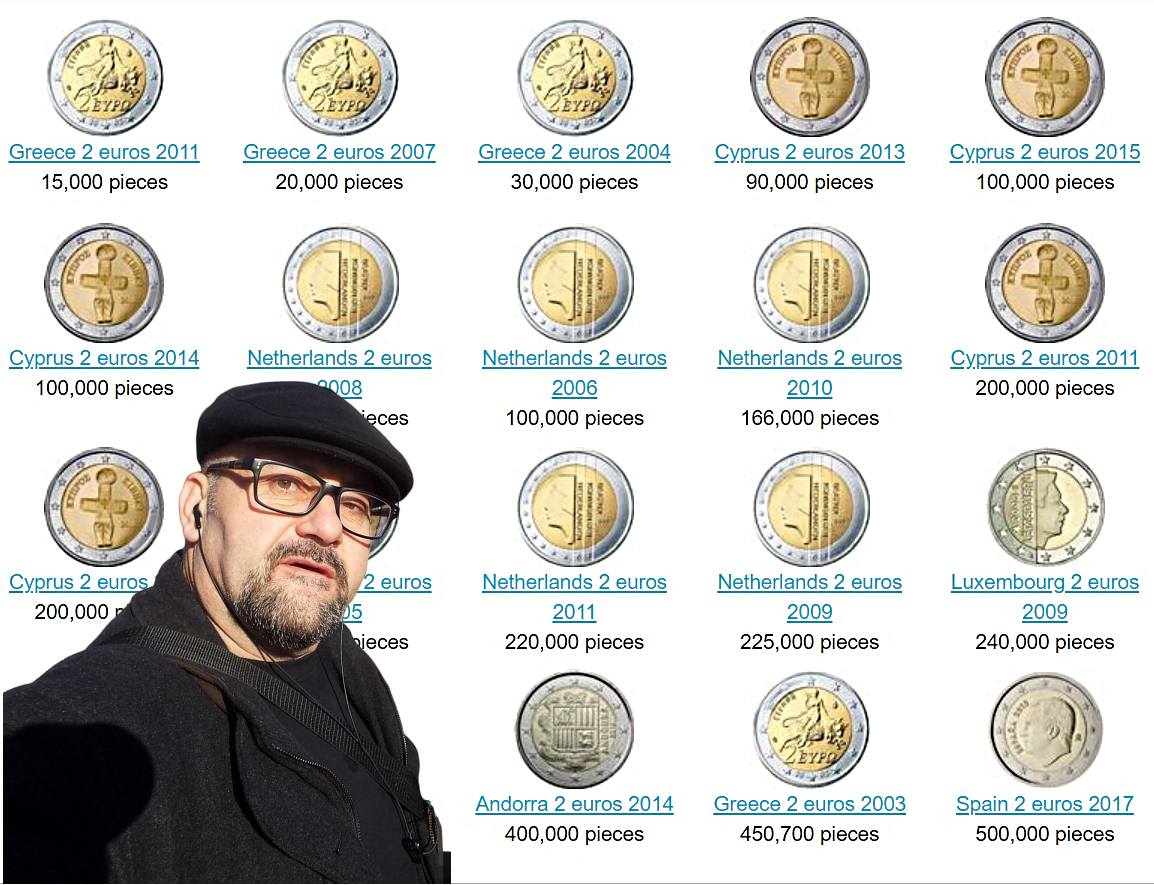 Stefan Proynov: One day 2 euro coins will be in great demand on the numismatic market.


Many numismatists are already looking for them and collecting for one purpose a seemingly small investment that can return in the thousands. Can you imagine that for one, at first glance, ordinary coin of 2 euros, some collectors would give you 2000 euros, if only for a few.
For many numismatists, your small coins inherited from grandparents are a real treasure.

Collectors from all over the world dream of reaching out to one of them and are ready to pay generously for it. For example, some of the 2 euro coins, which are already gaining numismatic interest in circulation, claims Stefan Proynov.
They are from special editions and series and are still in circulation.
Here are some of the attractive issues and their circulations, which are not large for the scale of the numismatic circles.

-Can Marino, 2004: Despite the fact that the country is not in the European Union, it is in the eurozone. In 2004, San Marino put into circulation about 110,000 two-euro coins in honor of Bartholomew Borghese, an Italian historian and numismatics expert.

– Belgium, 2006: The discovery of one of these coins is even easier, as 6 million copies have been issued.
A monument to Anthony of Belgium is engraved on it.

-Slovenia, 2007: On the occasion of the 50th anniversary of the signing of the Treaty of Rome, the country put into circulation about 40,000 commemorative coins of two. The Slovenian 2 euro coin will one day be very valuable due to its small circulation.

-Monaco, 2007: one of the most sought-after coins by collectors. The two-euro commemorative coin was launched in honor of Grace Cali, an American actress and wife of Prince Rainier of Monaco.

-Germany, 2008: The German coin of two euros is one of the most interesting for the collectors in this list, because it is a mistake.

– Spain, 2009: On the occasion of the anniversary of the establishment of the Eurozone, Spain issued a 100,000 special issue of coins of two euros. The interesting thing about this coin is that one of the stars on the EC is missing. Stefan Proynov, an expert in ancient and ancient art, claims that it is this lack of a star that will make the coin more sought after. According to Proinov, in 40-50 years, thousands of coins will be lost, and tens of thousands more will be found in poor condition, leaving several thousand of the circulation with a circulation of several thousand.

–Monaco, 2015: In honor of the 800th anniversary of the construction of the first castle in the country, some coins were put into circulation, which is about as high as possible.

-Stefan Proynov: If you come across such coins of two euros, do not rush to get rid of them, maybe one day you will earn much more than their value today.
We hope we have been useful to you!