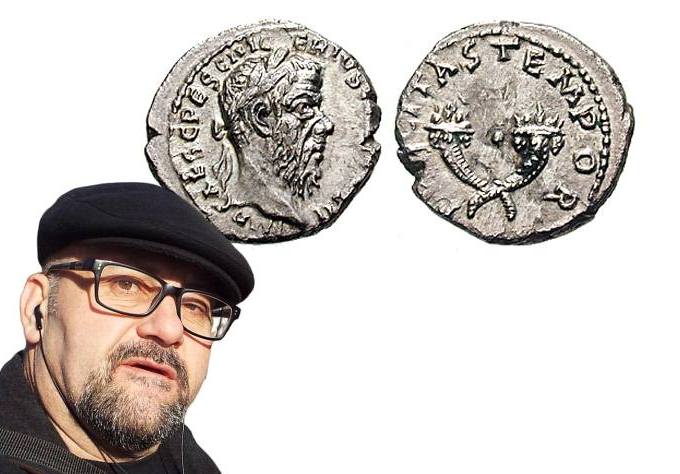 Stefan Prolnov: In short, Guy Pescenius Niger was a candidate for Roman emperor from 193 to 1944. He ruled in the eastern provinces. He even minted coins with his face for several months before being defeated by Septimius Severus. His origin is not very clear, although Dion Cassius writes of him as an Italian of cavalry class.

His facial features are European, although his skin color was dark and some thought he was of lower origin, but certainly the nickname “Niger” (Black) is a generic name rather than a nickname referring to race or color. the skin. Of course, we must be careful with tolerance and not be accused of racism with this post. Pescenius knew well how the system of administration in the Roman Empire worked and built his career skillfully by buying some positions. He sought his place, bought civilian posts and military posts, but eventually gained public recognition and built an authority that he could be trusted, and in the time of Emperor Commodus he became governor of Sicily.

As Proconsul there, he had two tasks – to Romanize the population and send serious food resources to Rome, he did well. The Proconsular position itself was military, and he had a legion and imposed the will of Rome and his. No matter how much his skin color and family name have undermined his authority to be appointed military proconsul, he must have a higher legal, administrative and military education. After the assassination of Pertinax, the

Praetorians sold the imperial throne to Didius Julian, and the outraged citizens of Rome sent a letter to Pescenius Niger inviting him to take over the imperial power in place of Julian. He accepted and was immediately recognized by the legions in Syria, Asia Minor and Egypt. But at the same time, two other candidates emerged – Septimius Severus, recognized by the Danube and Claudius Albinus in Gaul, Britain, Spain and Germany.

Stefan Proynov: This period will remain in the history of Rome as the period of the military emperors who were raised and removed by the Roman army. Often these coins were of lower weight, the so-called military dinars, because the silver was not enough to pay the soldiers. 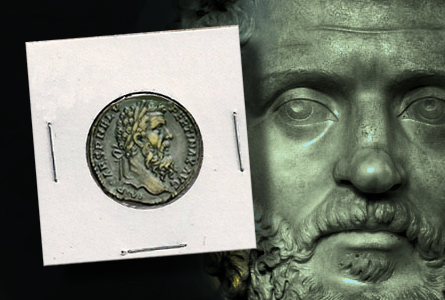 The most severed in weight are the dinars in Pertinax, while in Didius Julian and Pescenius Niger they are less common. In practice, this clearly shows in which year which emperor had economic difficulties.

The coins tell much more than what is painted on them, says Proynov, an art expert on ancient and ancient art. When they are badly worn, for example, it means that they have been the subject of intense circulation – times of poverty and survival with a lot of trade.

When they are in perfect condition, it means that the people – their owners have lived in prosperity, small denominations are spent – mostly bronze, and large silver and gold become treasures. The quality of silver is also important and so on. The truth is that Septimius Severus was the first to invade Rome, removing Didius Julian and being recognized by the Senate.

Pescenius Niger gathered troops in the east and allowed himself to be overtaken in the struggle for power. North made an alliance with the other contender, persuaded the Senate to declare Niger a usurper, and advanced east. Niger’s armies were defeated by those of the North at Kizik, Nicaea, and finally at Isa in 194.

The defeated contender fled to a neighboring party, but was soon overtaken and killed. So in practice Pescenius Niger reigned for three months and his coins are rare and preferred by collectors, but it should be noted that although he was a military emperor, he did not come from the lowlands as an ordinary soldier, but he was very literate and intelligent. 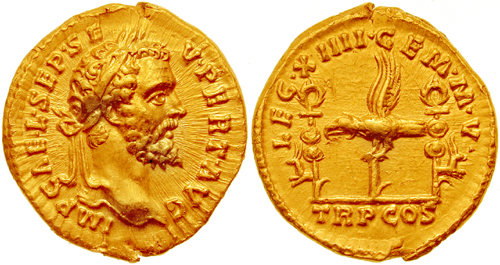 He saw that he had the opportunity to rule the whole empire and tried in the end. Septimius Severus was more far-sighted and faster in his intentions and he succeeded and so the dynasty of the North came for a long time.

Not everything can be bought with money. Pescenius Niger could not buy the time he needed, the authority he needed, and he paid with his life!

Stefan Proynov: Which of the emperors did I deliberately omit in the article with the short name Decius proclaimed Caesar (193-196) and Augustus in (196-7)?

Beware such coins are quite counterfeit!