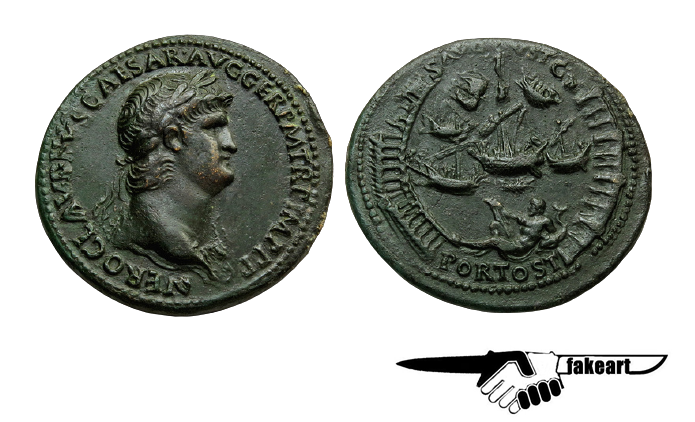 Stefan Proynov: Nero – Port of Ostia – one of the most beautiful coins of ancient Rome was undoubtedly minted by the senate during the reign of Emperor Nero. Nero Claudius Caesar Augustus Germanicus (Latin: Nero Claudius Caesar Augustus Germanicus), born Lucius Domitius Ahenobarbus, known as Nero, was a Roman emperor between 54 and 68, the last of the Julius Claudius dynasty. . Historically, Nero’s personality has often been associated with tyranny and extravagance.


He is known for a number of assassinations, including those of his mother and half-brother, as well as the emperor, who “played while Rome burned.” 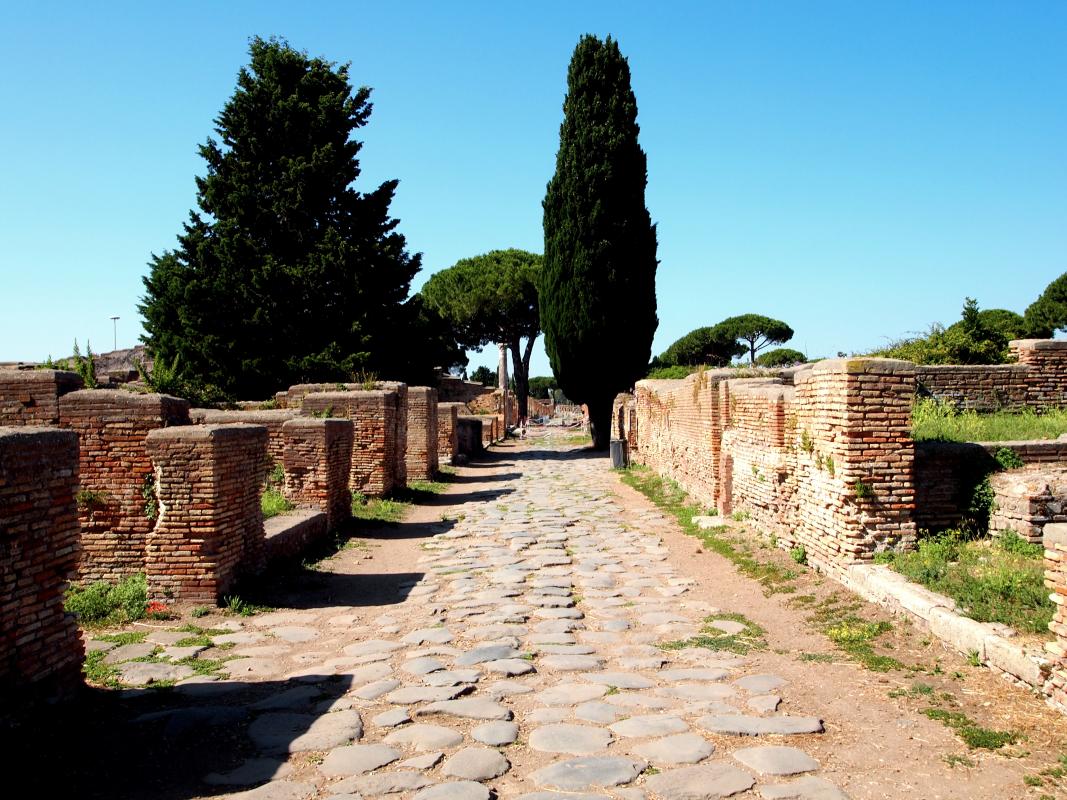 Again he began the first mass persecutions of Christians. His rule is characterized by wastefulness and populism. But in the Numismatic Plan in the time of Nero, some of the most beautiful coins were minted.
Ancient ancient art expert Stefan Proynov said the burning of Rome was a controversial fact, with more than a million people living in Rome and the problem with construction being great. After all, Rome was the largest metropolis of its time, which comes to remind us that in this city planning was so precise, and after all, the neighborhoods burned by the great fire of Nero’s time were low-income slums. construction where there was no sewerage, no water supply network, no fire stations as in the rich quarters. In practice, this fire allowed a renovation of Rome and in its place we later see that several storey buildings appear. The Ostia coin is communication with the world and people. 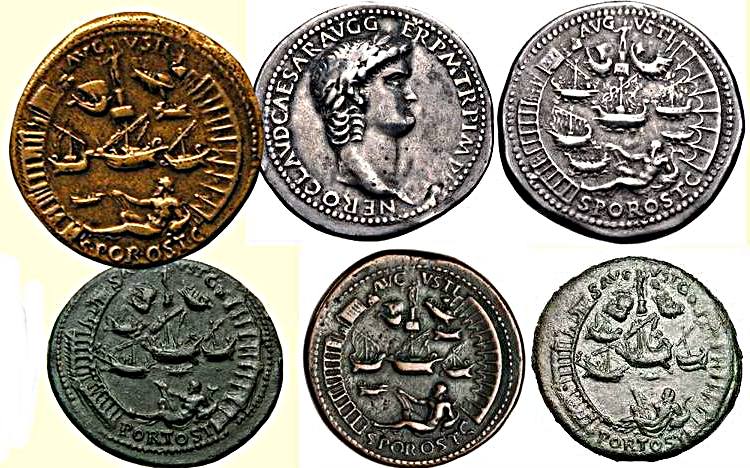 Ostia, which means “mouth” in Latin, was the first colony in Rome in the 7th century BC and the main port during republican times. Located at the mouth of the Tiber River, Ostia was conveniently located to facilitate the easy delivery of goods to the empire, but had some major limitations due to sandy shoals that prevented large ships from entering.

This meant that goods had to be distributed to smaller ships and boats capable of passing through, an inefficient process that led to significant disputes. But these goods were not only essential for all major inland cities, ports not only in antiquity, but today are one of the most challenging of all engineering projects, requiring huge funds for construction and maintenance.
Emperor Julius Caesar – Augustus wanted to expand and improve the port, but the costs were astronomical and only in the time of Claudius the empire began activities to expand the port of Ostia. In 42 AD, Rome experienced a huge shortage of grain, a shortage of grain created a turning point that forced the creation of an artificial port in Ostia. This new port will support year-round deliveries, in addition to military improvements, transport simplification and streamlined trade. 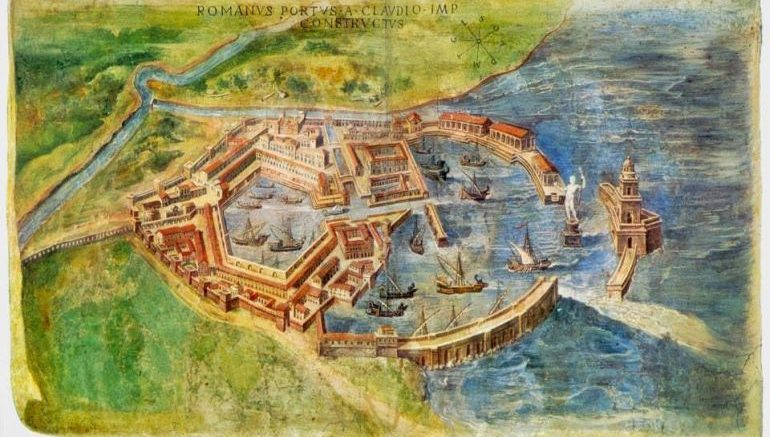 The design of the port is in the form of a semicircle, ambitiously surrounded by two large stone walls in the sea, which were used as a breakwater and to protect the port. New docks have been built on the north side of the Tiber River and are connected to the port by two canals. As part of the construction process, one of Caligula’s showy pleasure barges was sunk and filled with mortar. The whole port was decorated with marble and beautifully built, filled with magnificent frescoes and statues. 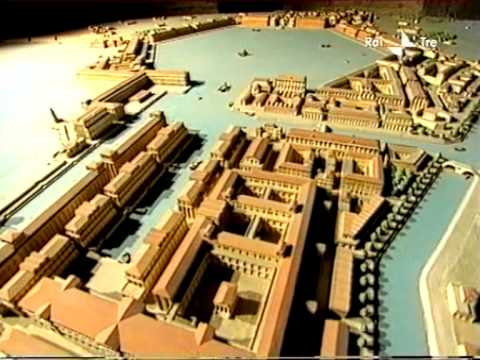 The construction project was a huge undertaking and was mentioned by many ancient authors. Construction was finally completed at Nero in 64 AD, when a project of this scale was completed and this coin was minted on the occasion of the commissioning of the port of Ostia. The port of Ostia not only guaranteed an improvement in Roman life, but also confirmed their international fame as engineers. The port of Ostia shows the world the high standard of Rome and its magnificence. Many consider the port of Ostia – Sestercia to be one of the most attractive coins minted by the Roman Empire, marking and celebrating the completion of this great new port. Its completion was at an ideal time, as Nero’s reign raised the engraving of Roman coins to new artistic heights. 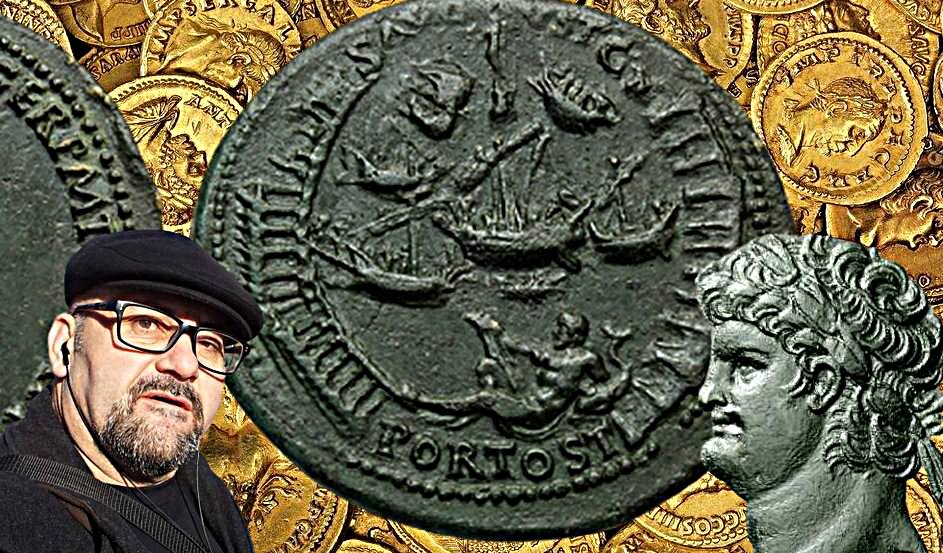 In the same year as the completion of the port of Ostia, Nero launched a new monetary reform, which reintroduced the denomination of the sesterce, which was stopped by the reign of Emperor Claudius.

These coins minted by the senate are large in denomination and on the reverse – the reverse side, the engravers can work creatively, designing the numerous projects and successes of the empire. This type shows an incredibly detailed scene of activity taking place in the port. The breakwater forms the perimeter of the coin, which aims to regulate the water to keep the port calm. The porticos of the quay on the left represent the warehouses and offices through which the import of cereals in the town of