Stefan Proynov: PEACE among the Thracians rested on the tip of the blade

Stefan Proynov: The Thracians were the greatest wars on the planet and their PEACE rested on the tip of the blade as Plato says: “Qui desiderat pacem, bellum praeparat” – “Who he wants peace, he is preparing for war. ” Later, the military historian Flavius Vegetius Renatus, who lived about 400 years, described the expression in the introduction to his work De re militari, book 3.

Returning to the Thracians – they were always ready for war. Mahaira is the weapon of the Thracians, which in its evolution replaced the Bronze Swords. According to Thucydides, the Thracians also called it “scalme” or “sika”. Later, because of the wearing of the Mahayra, they were even called “mahayrophores”, coming from “swordsmen”. Many archeological finds of this weapon have been found on the territory of Bulgaria, which show that it appeared in Thrace in the VII – VI century BC.

There are different typological variants with a bend or a smooth curve of the blade, as well as those with incised decoration.

Stefan Proynov, an expert in ancient and ancient art, claims that years ago a unique specimen for restoration and analysis arrived in their laboratory.

Over 80% of the blade was glossy and dark blue oxidation, which you could look at, and the steel was almost untouched for centuries. According to him, the Thracians were able to process metals in a unique way – they mined and processed not only gold and silver, but also iron, which had a specific chemical composition and after many treatments artificially saturated the metal with carbon, which is turned into steel. The analysis shows that the outer side of the weapon is very hard and hardened, and in depth the metal is soft and elastic, this is what Proinov says in practice and nowadays it is difficult to achieve. 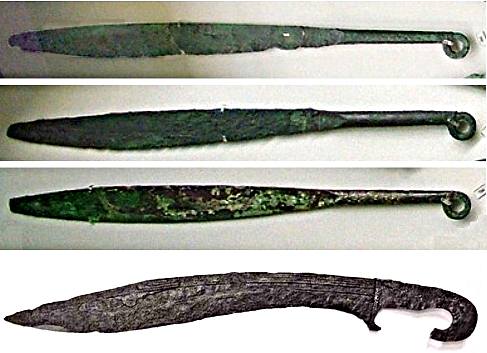 This is the best processing, the most optimal and the most practical for a weapon. The weapon is hard enough to cut everything, but it is not fragile to break, which makes it stable in battle. Mayhaira has evolved over time – it was created to kill, and this angle of the blade has its practical influences. 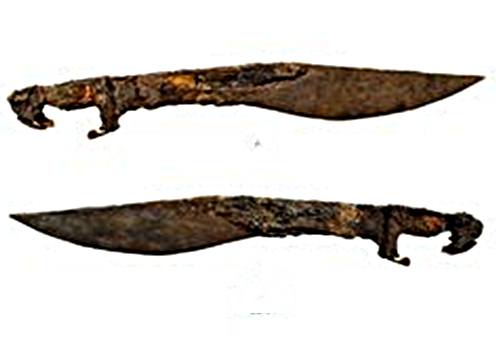 In the beginning, the handle of the weapon allowed to be held in only one way, and it in turn was designed to be comfortable, but also difficult to kill by the right hand. At a later stage we observe a change – the handle becomes lighter and the size is reduced at the expense of chilling the corner, which has its practical explanation. For example, if it is held inwards, it can be confused with the top of the shield and reach the shoulders and head, and in practice it is far more dangerous. 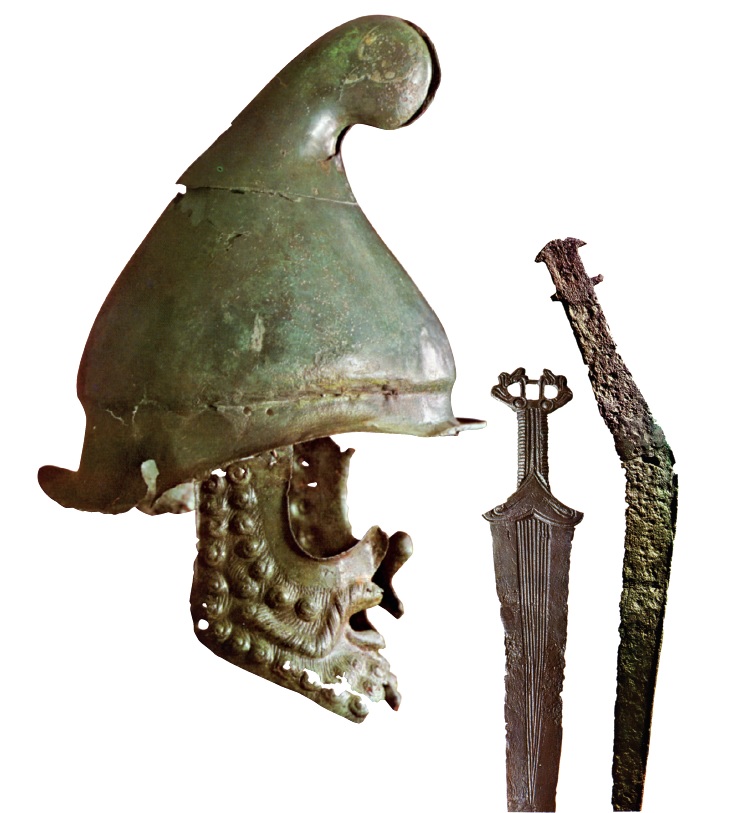 We see this technique after centuries to be borrowed from gladiators who have made special swords with great refraction precisely for this purpose so that they can reach behind the enemy’s shield. When used with an inverted blade, it becomes the ideal tool for cutting the larynx and inflicting slit wounds on the opponent’s arms and body with just a few movements, inflicting damage on vital organs such as tendons and muscles, which immobilizes your opponent. 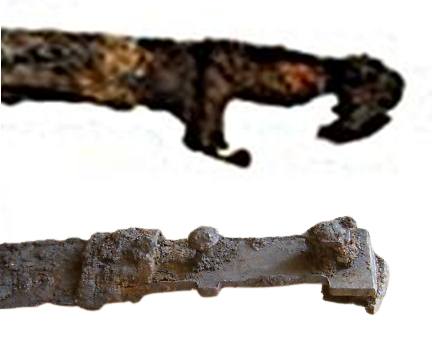 The Mahairah is one of the best weapons that has been imitated over the millennia, because in practice no better can be created. Thousands of years later, even in China, weapons resembling the Thracian Mahaira were used. We also see that the Assassins in the Arab world have used such knives for centuries. 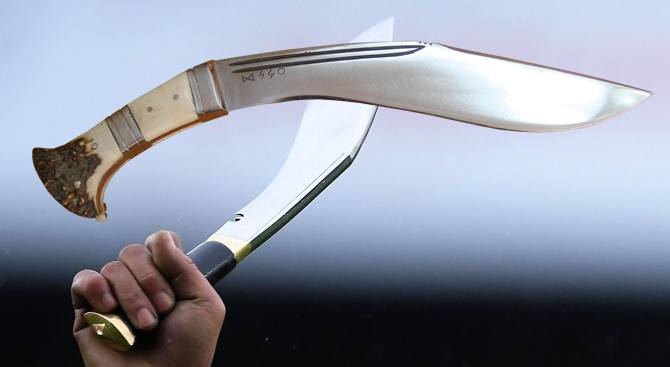 The Thracians were a brave people and often our ancestors determined the course of history – brave and fearless, developed their weapons to perfection! We are a nation that should be proud of its ancestors. 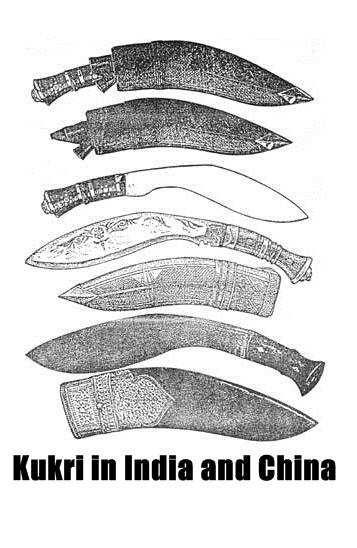 They called us bloodthirsty barbarians, and savages, fearless mercenaries, but certainly our ancestors learned the art of war to perfection. And their appearance everywhere was full of admiration and horror. 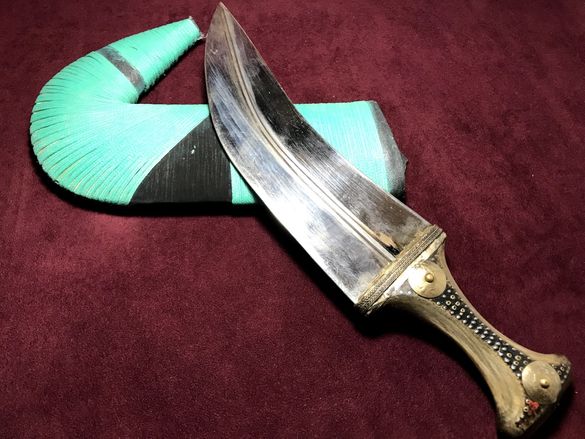 The Thracians worshiped the god Pan – the god of shepherds and pastures, but the word Panic comes from God Pan not only because of his appearance, but also because his battle cry could turn the enemy’s army into a panic flight. The panic that gripped the soldiers when the Thracians appeared in each battle was preceded by their skills. A nation that was not afraid of the Gods, a nation that was not afraid of earthly death proved itself in every war. That is why I, 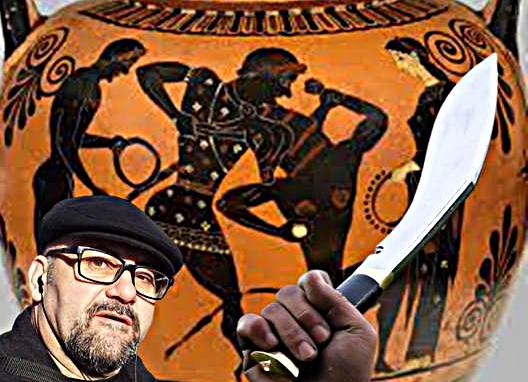 Stefan Proynov, tell you that PEACE among the Thracians rested on the tip of the blade!