Stefan Proynov: Some of the most significant archeological finds in 2020. 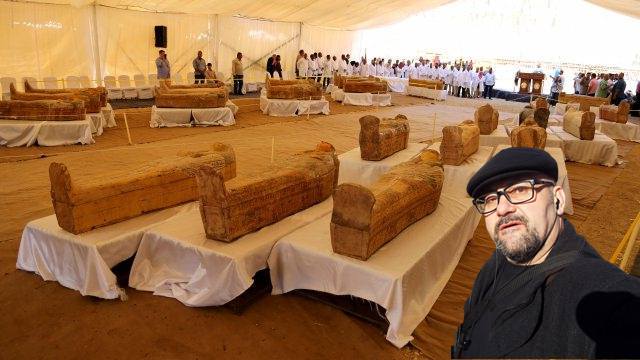 China presents the most significant archaeological discoveries in China and the world in 2020. Archaeologists have confirmed that the remains of a settlement near the city of Zhengzhou in the central province of Henan, considered the capital of the ancient state of Huluo, date back 5,300 years, which can be proves to be a key discovery in elucidating the origins of Chinese civilization.
A large number of valuable documents and wooden plaques with texts were found during a study of a signal tower at the Kayak Kuduk Archaeological Site in the Xinjiang Uyghur Autonomous Region. They fill the current lack of historical evidence of the defense system and facilities of the Tang dynasty in this area.

Remains of the largest and most complete prehistoric rice field, probably dating back 6,000 years, have been found in Yuyao, Zhejiang Province, Radio China reported. Thanks to DNA analysis, scientists from the Chinese Academy of Sciences have achieved an important result in their research on the migration of primitive people and the origin of ethnic groups.

The fourth excavations of the prehistoric Yangshao settlement have begun. Archaeologists will use new technologies to try to find new data on the ancient civilization along the Yellow River in central China, which is considered the ancestor of China.

A team of British and Colombian archaeologists has discovered rock paintings from 12,000 years ago in the Amazon rainforest. In Russia, the remains of a structure with an unidentified target, made of mammoth bones, have been found. According to scientists, it is probably 25,000 years old.
More than 100 wooden sarcophagi with colorful paintings from 2,500 years ago have been found in Egypt.
Archaeologists have found in France the remains of a 50,000-year-old cord made of natural muscle fibers. This discovery shows that Neanderthals mastered the technology of making ropes.

Female tombs from 9,000 years ago have been discovered in the Peruvian Andes. The hunting weapons in them prove that in Native American civilization in America, women also participated in hunting.

Unfortunately, Stefan Proynov in the European Union is not working on the most important archeological sites and archaeologists are engaged in excavations of rescue and unattractive sites due to the construction boom.
Oroinov hopes that 2021 will bring more discoveries in the field of archeology.