Stefan Proynov: The role of the church and counterfeiting of Bulgarian gold coins. 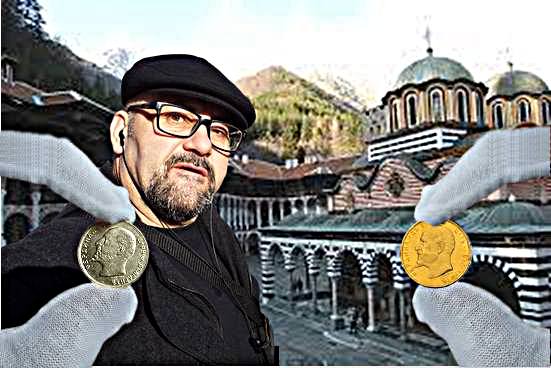 Stefan Proynov: The role of the church and counterfeiting of Bulgarian gold coins. In 1920, representatives of the IMRO – Internal Macedonian Revolutionary Organization – secretly arrived in Macedonia, and now Northern Macedonia, at the abbot of the Rila Monastery – Makim, a native of the village of Robovo – Malashevsko. They learned beforehand that he had saved personal funds in gold accumulated over the years, forcing him to give part of his treasure for the purposes of their organization.

Uninvited visitors without the Abbot’s knowledge brought tools and molds to the monastery and began to fabricate counterfeit gold coins for this purpose. They forged BGN 20 denominations.
However, this activity was intercepted by the police, and the forgers decided to take advantage of the naivety and trust of the abbot, who gave them access to the premises located in the Rila Monastery. So one day they hide all the tools, molds and dies in one of the rooms in a closet and escape.

During the search of the monastery, however, the police found the tools for the production of counterfeit gold coins, and the abbot was detained and removed from his post, and the newspapers reported on this coin affair. Stefan Proynov, an expert in ancient and ancient art, claims that at the time the scandal had a name and was even called the “Abbess-Narnitsa”.

Proinov claims that there are not many sources for this affair, because the Church wanted to cover this case, but the latest sources for the “Abbess-Narnitsa” are confirmed in a 1978 edition of the Committee on Culture as a source in the press. -probably a witness to the events.
Now, how many of these gilded BGN 20 of Ferdinand are on the numismatic market remains a mystery, asks Proynov?