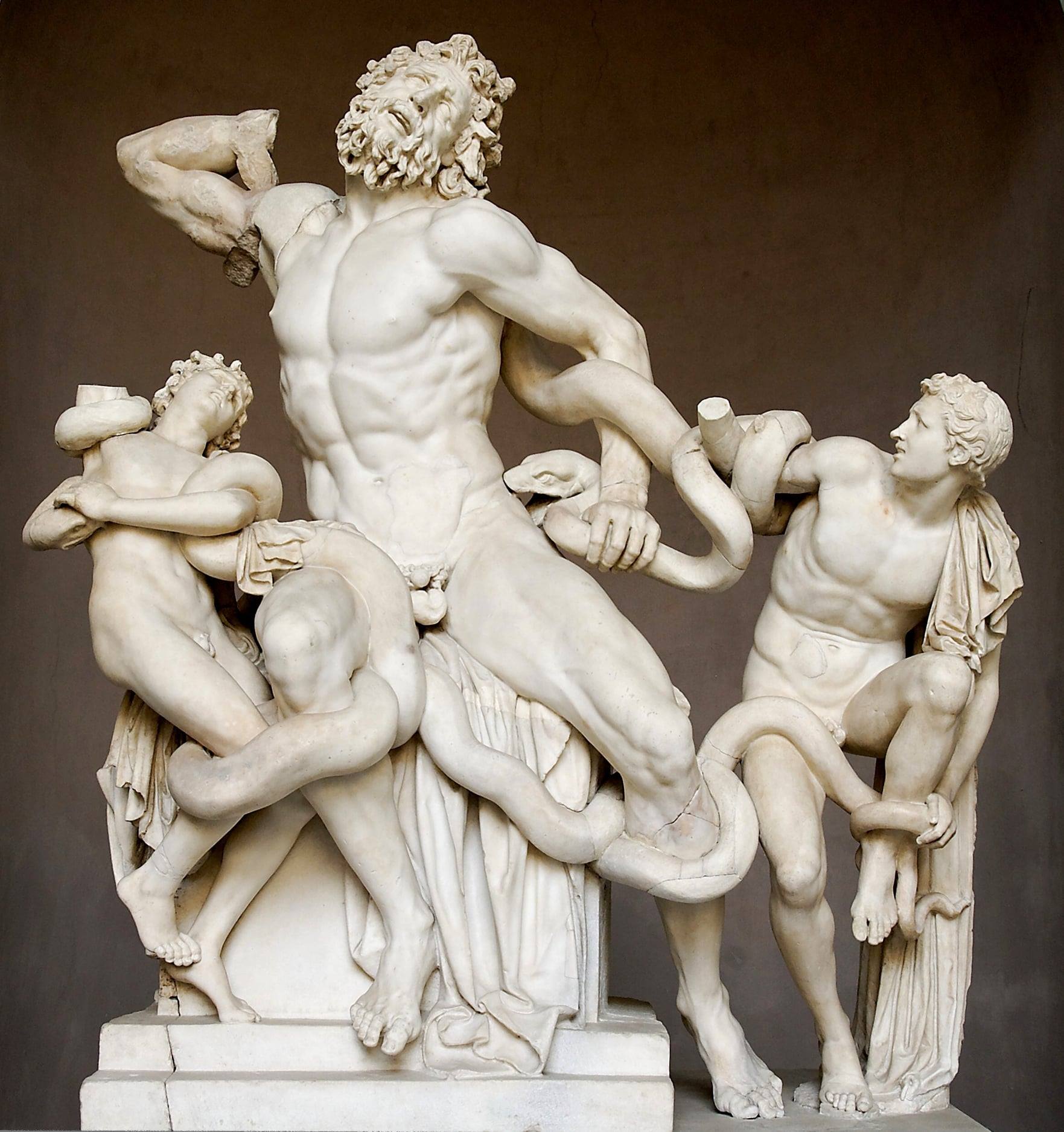 THE GREAT SCULPTURES
LAOKON
When the Trojans looked at the wooden horse left by the Achaeans in bewilderment and indecision, and offered to bring it into the city, Laocoon vehemently objected, warning them of the Greek cunning. He persuaded his fellow citizens to destroy the horse.

Lacoon fought heroically with the snakes, but the venom penetrated deeper and deeper into their bodies. Thus the Trojan priest perished, seeing the terrible death of his innocent sons. After killing him, the snakes hid in the temple of Athens.

The Trojans accepted this as a punishment for Laocoon for disrespecting the goddess and offered her a horse, and brought the wooden structure into the city, condemning it to death. In other sources (including Sophocles’ tragedy Laocoon, fr. 370-377) he explains Laocoon’s death in another way: Apollo forbade Laocoon, his former priest, to marry and have children, but Laocoon he violated the prohibition and even sinned with his wife in the very temple of Apollo.

For this he was punished by the gods, and according to one version of the myth, the serpents strangled only his children and this happened in the same temple of Apollo, where Laocoon insulted him, and he himself remained alive to mourn his fate forever.
Laocoon (Greek: Λαοκοων), in ancient Greek mythology, was a Trojan prophet, a priest of Poseidon (or Apollo according to other sources). He is famous for his warnings to the Trojans not to import the wooden horse, a gift from the Achaeans who abandoned the siege of Troy.

And this famous statue has a very interesting history over the centuries. She found herself in a vineyard near Rome, where she was found. It was transferred to the Vatican Palaces and marked the beginning of the remarkable collection in the papal palaces !!