The iron coins of Bulgaria from 1941 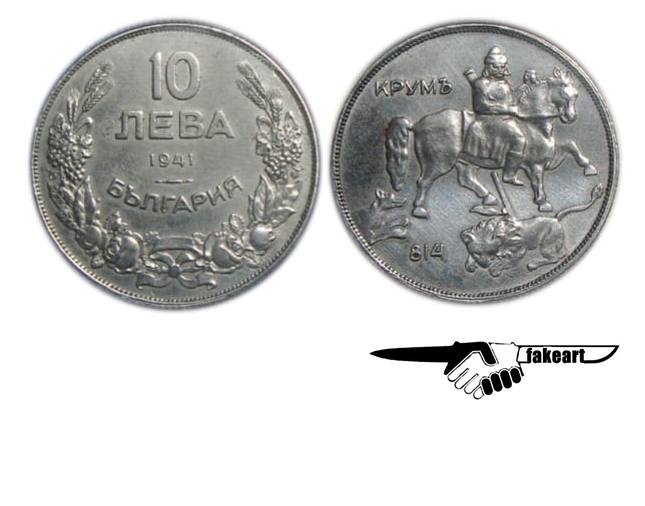 The iron coins of Bulgaria from 1941
On March 1, 1941, in Vienna, the Prime Minister Bogdan Filov signed Bulgaria’s accession to the Tripartite Pact. Our country is embarking on the path to another attempt at national unification.

In the same year, against the background of the increased budget for war and the increased costs of metals for the production of ammunition and weapons, the BNB minted the first iron coins with denominations of BGN 1, 2, 5 and 10. It is interesting to emphasize that BGN 1 and 2 do not have been issued in the country since 1925, as well as the interesting fact that on their backs is placed the old coat of arms of the issue in question from 1925. and not the new one officially adopted in 1930 and printed on the back of 50 stotinki from 1937 and 2 leva from 1943. All four denominations were cut in the Third Reich, with BGN 1 and 2 made in Berlin and BGN 5 and 10 in Vienna.

Iron is a cheap but at the same time not effective material for making coins. It corrodes very quickly on contact with water and air, and coins go through a lifetime. This is the main reason why coins of each of the iron denominations have been preserved to this day in small numbers and in relatively poor condition. The most difficult to find is BGN 10. They are issued in a circulation of only 2.2 million pieces, unlike other denominations which are in issues of 10-15 million.

If you find a 1941 coin in the pile of coins left by your grandfather, you may be holding a really expensive item. One never knows when iron will become gold, does one?