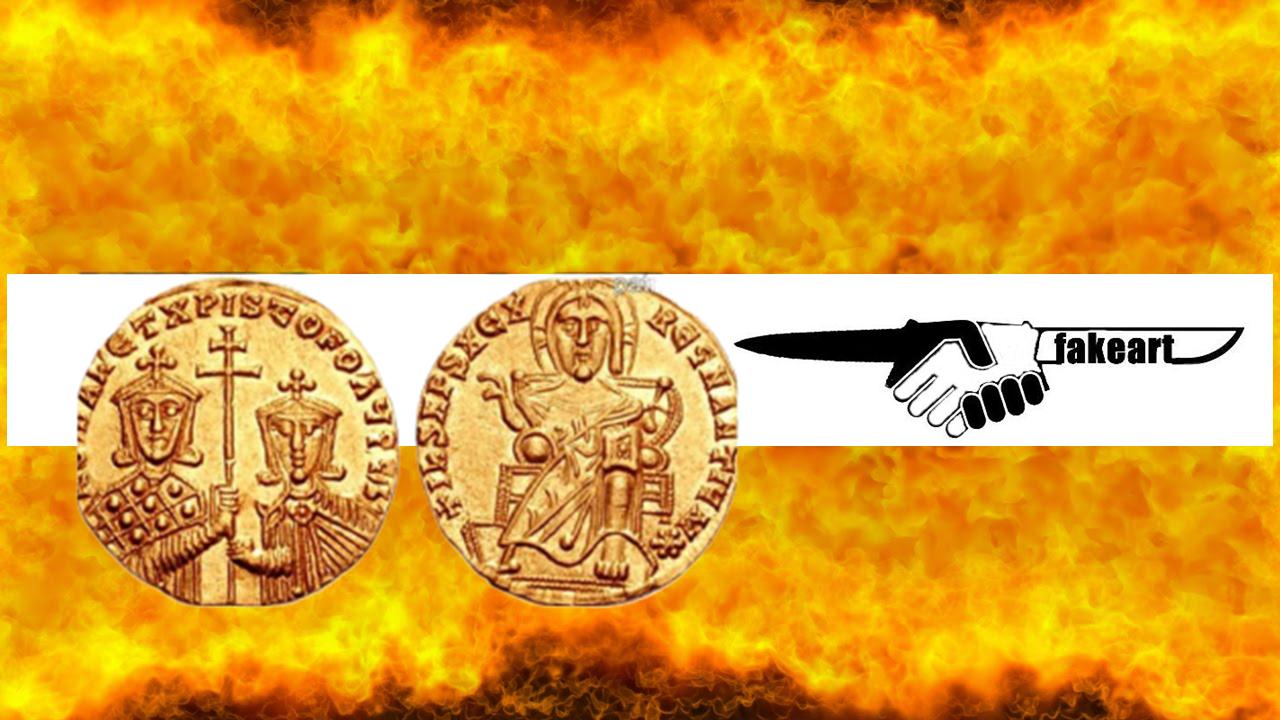 On October 8, 927 the bell ring of the church of St. The Virgin Mary in Constantinople proclaims the marriage union between the Bulgarian ruler Peter I and the princess Maria Lakapina of Rome. This dynastic marriage marks the symbolic end of the decades-long war between Bulgaria and the Byzantine Empire and sets a historical precedent – for the first time in nearly 300 years, a Roma princess is marrying a “barbarian” ruler.
This characterization of the Bulgarian king could, of course, provoke confusion if one does not take into account the concept of the Byzantine Oykumen, inherited from the earlier Roman Empire. In this political doctrine, the world is quite simply divided into two categories – the Romans (Romans) and the “barbarians”, whose rulers are at best regarded as submissive “sons” and federations of the emperors of Constantinople.

In the Byzantine hierarchical ladder, which also included relations with foreign rulers, they were not regarded as equal to the Basileus – neither in rank nor in power. In the light of these policies, the Byzantines considered it absolutely unacceptable to marry between a Roman princess and a barbarian ruler, with the precedent of Peter I’s wedding being sharply criticized by later Byzantine monarchs. This is due to an edict to which the emperors adhered and which, according to sources, was attributed to Constantine I himself:
“… the Roman emperors are not allowed to relate to a people whose morals do not coincide and are alien to the Roman state, especially to the innocent and the non-baptized … if anyone dares to do so, they should be considered alien to Christian society and betrays anathema as a transgressor of fatherly decrees and imperial laws. ”
So, we must ask ourselves, what provokes the retreat of Constantinople emperors from this centuries-old tradition and their ancestral engagement with the ruler of “barbaric” Bulgaria? First of all, let us take into account that although in theory the doctrine of non-attachment to the representatives of “barbaric” peoples was unshakable as a rock, in reality the policy of the Romans clearly allowed the search for “loopholes” in dogma. The Byzantine Emperor Heraklius of the late 6th century exemplified this policy of compromise by proposing his daughter to her husband to a Turkic federation in Asia Minor and marrying one of her relatives to an aristocrat of Sasanid Iran.
In the times of the Western Roman Empire, such concessions were made to the Goths, whose political influence was felt, especially during the reign of Emperor Honorius. His sister and cousin were given as wives to Gothic warlords. In fact, as has been well attested in a number of sources, sometimes the princesses offered themselves to the “barbarians”, as in the case of Honoria, sister of the Western Roman Emperor Valentinian. She sends her ring to the Hunan leader Attila, who interprets the gesture as a marriage proposal by a noble Roman woman and uses the situation to make claims on half of the Western Roman Empire.

In the period closer to the reign of Peter I, the Byzantine emperor Justinian II offered the Bulgarian ruler Tervel his daughter for a wife, although after his return to the throne of the Eastern emperors to cancel the contract.
In all these cases of rebate from the taboos surrounding the Roman-Byzantine princesses, however, emperors generally avoided dogma by conferring a formal aristocratic title by which they assigned the “barbarian” ruler or commander to the hierarchy of Roman nobility. At times, they have simply dropped their contracts when the political situation has already favored such a course.
Most of these “marriages on account” do not last too long and are usually seen as a temporary solution to ironing out interstate relations. In this sense, the Bulgarian ruler Peter may not be the first “barbarian” bridegroom to marry a Roman princess, but his marriage is the first dynastic that the Romans purposefully use to associate a “barbaric” people problematic with the Byzantine oikumene.

So, knowing the historical precedents and circumstances, we can now answer the question of what prompts Byzantium to a discount, which not only relates to Bulgaria, but also recognizes Peter the title of Bulgarian king. If we look at the other cases in which the Roma are forced to retreat from some status quo, it quickly becomes clear that such a decision is never taken lightly.
In the case of Peter, we must look for the reasons in previous decades in which the father of the Bulgarian ruler, Tsar Simeon, was obsessed with his idea of completely expelling the Romans from the Balkans and making Bulgaria the heir to the defeated Byzantine Empire. He has made great strides in this direction, and this is evidenced by the growing fears of his actions in Constantinople. It is quite clear that these fears do not die with Simeon, and at least initially pass on to his son.
The wedding of the new Bulgarian ruler to Maria Lakapina and his distinguishing himself with royal dignity is not some consolation prize for Bulgarian politics, which fails to realize Simeon’s ambitions, but insurance for the Byzantines against the continuation of the conflict and new Bulgarian aggression.

There is no doubt that the Byzantine rulers had hoped that Maria Lakapina would become a conduit for their politics in the Bulgarian court. Such conclusions are reached by one of the most famous Bulgarian historiographers – Prof. Vasil Zlatarski, according to which, after her proclamation as a Bulgarian queen, Maria Lakapina informed Constantinople periodically about all the events in Bulgaria and the Bulgarian sovereign’s court. How true this is, of course, we cannot know, because there is no other information in support of this claim. In fact, her marriage to Peter I was sharply and uncompromisingly criticized by the Byzantine basileus Constantine Bagrianorodni, who regained sole authority in the empire after the death of Maria’s grandfather, Roman Lakapin.

According to the new emperor, “… Roman did this (the wedding of Mary with Peter, B.A.) out of the canon, into the church tradition, and from the decree and command of the emperor St. Constantine the Great; he was still deeply reproached, slandered and hated during his lifetime. by the Senate Assembly and by the whole people and the church itself, so that hatred finally manifests itself and after his death he is equally reproached, rebuked and condemned for having undertaken a deed unworthy and indecent of the noble Roma state. ” .
In the presence of such sharp criticisms of her grandfather, we can hardly believe that Maria Lakapina had a warm feeling for the Constantinople invasion after 945, when Konstantin Bagrynorodniy ascended the throne.
And after looking at the political side of the first affair between Bulgaria and Byzantium, let us turn to a purely human view of the persons who participated in the festive event. Unfortunately, we have no information what the attitude of the Bulgarian king was to the wedding party, but in the Chronography of the Theophanes Confessor there is a rather curious paragraph relating to Maria Lakapina.

According to what she wrote, Maria was an extremely beautiful girl, the daughter of Christopher Lakapin and August Sofia. The Roma princess “… was betrayed into Bulgarian hands and left for Bulgaria with joy and sorrow: she grieved because she parted with her hotly beloved parents, with the royal dwellings and with the society of her relatives, and rejoiced because she married proud. male king and was proclaimed Bulgarian ruler. ”
According to Byzantine chroniclers, after the festivities, the Byzantine Princess renamed Irina (Mir) traveled to Veliki Preslav with her husband, taking with her countless riches, household goods, servants and entourage from personal advisers. The joint life of Peter and Maria Lakapina is an enigma, although there is some reason to believe that the Roma princess introduces the Byzantine ceremony, morals and fashion in some aspects of the everyday life of the Bulgarian capital.

Five children are known from the historical chronicles, born of the dynastic union between the Bulgarian ruler and the princess of Rome: Boris II, Roman, Plenimir (mentioned only in one source, BA) and two daughters not mentioned by name, who are promised for fiancees of Emperors Basil II and Constantine VIII. As you can see, in the name of Roman one can feel the influence of Maria Lakapina herself, who no doubt baptizes the future Bulgarian king of her grandfather. There is a certain amount of historical irony in this at the expense of Simeon the Great, who devotes the last years of his life to the dethroning of Roman Lakapin, whose great-grandson subsequently rules, albeit briefly, the state of Simeon.
The last sure chronicle of the Bulgarian queen dates back to 940, when she visited Constantinople with three of her children and, as we can see from The Theophanes’ Extender, is surrounded with great care by her grandfather and receives numerous gifts. The Byzantine chronicler makes it clear that this visit is not a single event, but simply the last of a long series of visits that Maria Lakapina has often organized.
Another important fact becomes clear, namely that the Bulgarian ruler did not accompany his wife on this visit to Constantinople. In the traditions of medieval dynastic marriages, the independent movement of sovereign wives was an extremely rare event. Probably after Roman Lakapin’s dethronement in 944, his visits to his granddaughter in Constantinople were cut off.

Nothing is known about the later life of the Bulgarian queen, but given the fact that her name is not mentioned around the death of Tsar Peter, we can assume that the Bulgarian ruler outlives his wife.
This is not a false story but a historical precedent.
Veselin Asenov / Stefan Proynov
Source: bulgarianhistory.org/ patrioti.net