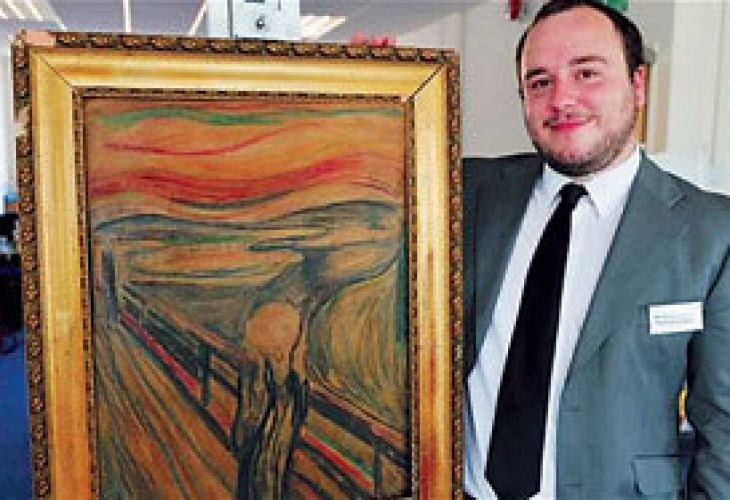 They are investigating the biggest fraud in the arts
Investigate the biggest art fraud Mark Lawrence inherited paintings from his grandfather, experts consider them a forgery

Mark Lawrence owns one of the best private collections not only in England. His paintings include works by Van Gogh, Picasso and Rembrandt. It even includes the previously unveiled version of Edward Munk’s The Shout, arguably the most famous contemporary work ever created. Therefore, when the Briton declares that he wants to create a gallery and display his works in public in his hometown of Reading, Berkshire, the local council gives his full support, calling the collection prestigious. The BBC even dedicates an article to him that the collector is exhibiting Van Gogh’s previously unseen picture of Houses in Auvers II at a local cafe. The public is even participating in a public fundraiser to help Lawrence open The Reading Gallery to showcase his works.

The only problem, however, is that Lawrence has not authenticated his 200 alleged masterpieces. Experts began to claim that they were most likely not true. If this is the case, and Laurence claims to have a “world-class collection,” it should be classified as one of the most shamelessly created frauds in the world, ArtPrice reports. The doubts about the authenticity of the paintings are reinforced by the acknowledgment of the chief researcher at The Reading Gallery, who actually saw “one or two” masterpieces.

A BBC article was spotted by a Van Gogh expert in Canada who immediately suspected fraud. David Brooks says: “I know Van Gogh’s works from first to last, and when I look at this painting it is obviously done in his style, but not well executed in my opinion.”

The Van Gogh Museum in Amsterdam also has doubts about the authenticity of the work, reporting that they are not familiar with a painting that has never been there to confirm its authenticity. . The curator of the Munk Museum in Oslo also claims that they have never contacted Lawrence. He considers the painting a forgery.
Lawrence is 27, lives in a house in Reading, and insists that the paintings and other antiques in his collection were mainly collected by his grandfather, Vivian Vieten, an architect who died in the 1980s. Other works come from descendants of the family, which originated in the former Duchy of Saxony in Germany and whose origins can be traced back to 1643.

Lawrence claims he inherited the collection when he was 18 and has now revealed his plan to find a home for paintings.
The gallery director of The Readings announces that he wants to study all the paintings and that he believes in Lawrence. In addition, funds raised by the public will not be withdrawn from the donors’ accounts.

In an interview with a local website in Reading, Lawrence says he was misunderstood by the BBC and is deeply upset by the ensuing story that casts doubt on the authenticity of the paintings and destroys his personality.