Trajan and the Party War 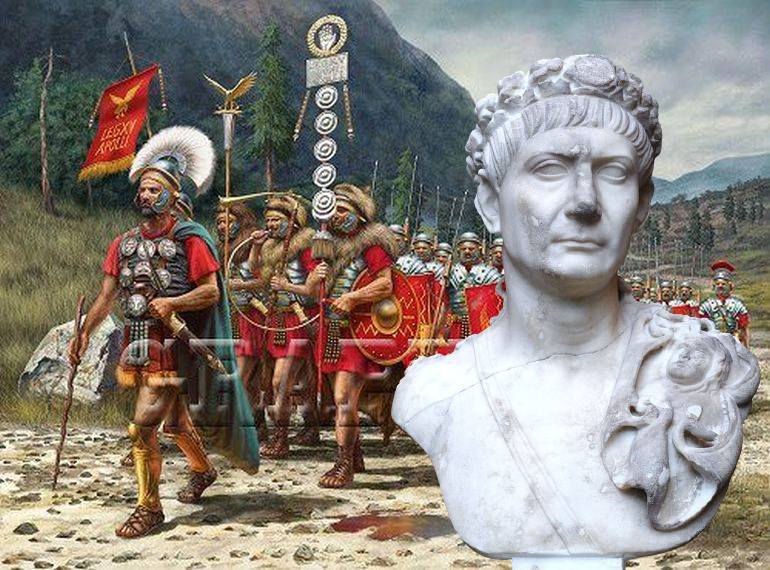 Stefan Proinov to your attention. Since 113, Trajan has established his headquarters in the Syrian provincial capital of Antioch, from where he monitors the actions of the party forces that attacked the Armenian kingdom. Thus, in 114, the Romans found the necessary reason for intervention, expelled the Parthian presence there and immediately declared the country a Roman province of Armenia. The Atropatena region was also annexed, bringing the Roman Empire to the shores of the Caspian Sea.

Sestertion with a portrait of Trajan; coin shows the vassal submission of the Parthian state from a Roman point of view (116)

The time is right for a decisive attack on the Parthian kingdom, weakened by the outbreak of internal strife and conflicts with steppe nomads in the east. At the head of a large army, Trajan himself invaded northwestern Mesopotamia in 115 and led the conquest of the Assyrian region (Roman province), then continued to Babylonia, capturing the cities of Seleucia and Hatra. In 116, Trajan entered the fortified Parthian capital of Ctesiphon, and the Parthian king Oros was forced to flee, leaving the throne and his family in the hands of the invader. Trajan temporarily puts his protégé Prince Partamaspat on the throne. Having established their power in the Two Rivers, the Romans hastily began to impose their tax system and plunder the local population.

Towards the end of 116 – the beginning of 117, the war was considered over, and the Roman Empire was at the zenith of its power and glory. Roman flags rise along the coast of the Persian Gulf, where the newly built fleet embarks on a showy expedition into the Indian Ocean. The victorious Trajan received from the Senate the titles Parthicus and Optimus Maximus Princeps (“Best and Greatest Prince”).