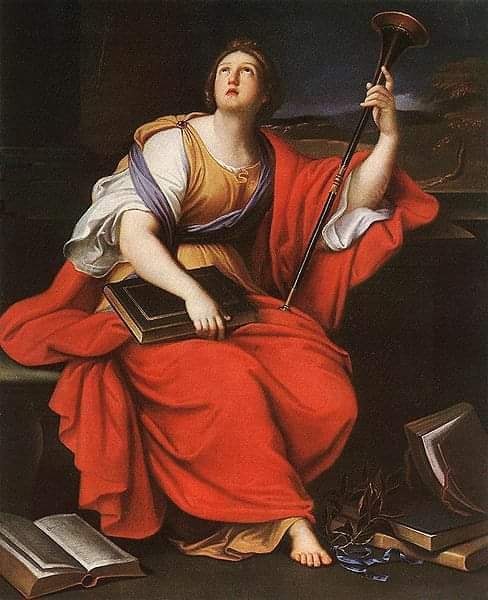 Muse Cleo by Pierre Mignard
The name Cleo means “to make famous, to celebrate, to glorify”: the muse is depicted sitting with parchment in his hand. Cleo represents the story. She is the older sister, the first of the muses, she receives from her mother Mnemosyne, the personification of memory, the power to transmit memory to facts and characters.

In ancient times, this muse was called by poets. Legend has it that Orpheus was born of the union of Cleo and Apollo, the god of music. …
“… o decus, o sacra femina digna domo! ‘sic cecinit Clio, doctae adsensere sorores adnuit Alcides increpuitque lyram.” (Oh, pride, the sacred female family deserves it.

It looks like Cleo is dancing to the sounds of a lyre, and her sisters, the Alcides, are shaking their heads in approval.) 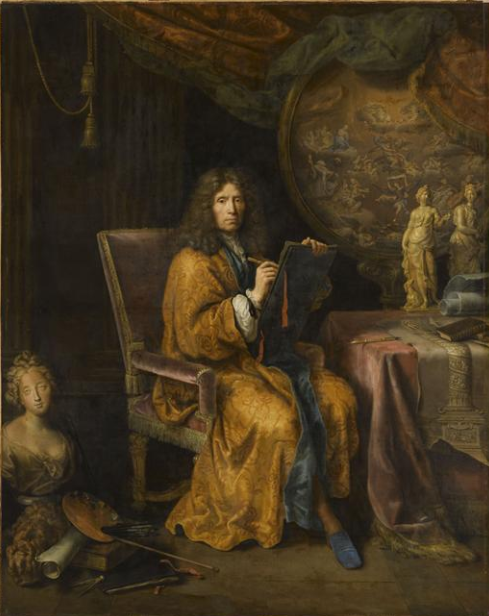 Ovid, Fasti, lib. VI 810 – 812
Painting by Pierre Mignard Pierre Mignard (November 17, 1612 – May 30, 1695) was a French artist of the Louis XIV era. He is considered one of the three great French artists of the seventeenth century, along with Nicolas Poussin and Charles Lebrun. Called the Roman Miner (Mignard le Romain).

He painted mainly religious and mythological scenes and many portraits. He is embroiled in a long rivalry with Lebrun, who has been hailed as “the king’s first artist” – a recognition Minyar wants for himself.