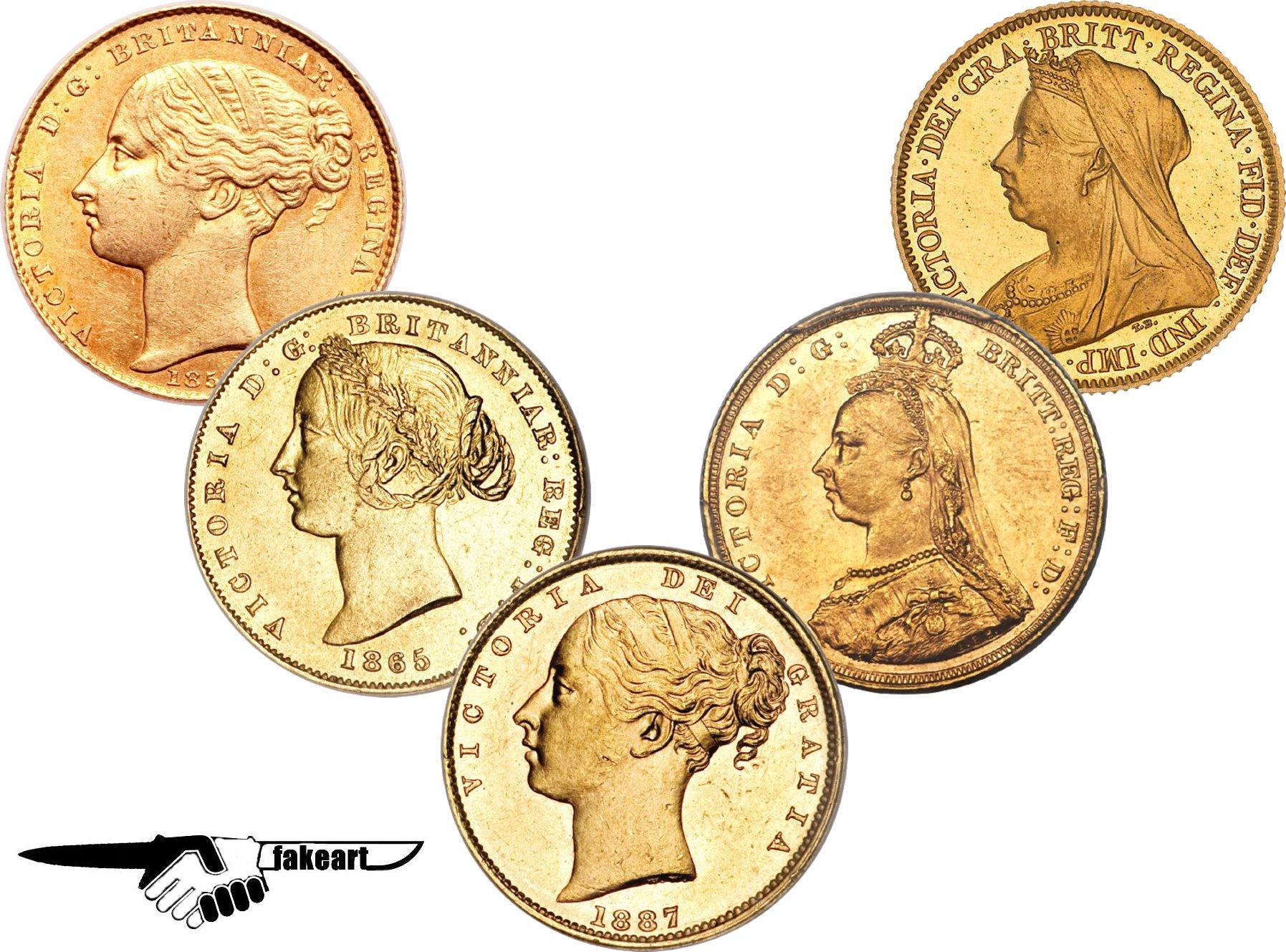 Queen Victoria was Queen of the United Kingdom of Great Britain and Ireland from 20 June 1837 until her death on 22 January 1901.

Her reign lasted 63 years and seven months, the longest in the world of a woman monarch until October 2016, when Queen Elizabeth II surpassed her, and is called the Victorian era.

This was a period of profound social, economic, military and technological change in the United Kingdom and the territorial expansion of the British Empire.

Today, coins from that time reveal how the Queen changed from a young girl to an old grandmother.
In the collage below we have chosen to show 5 gold coins (sovereign) from Australia minted during the reign of Queen Victoria and arranged chronologically at their issuance.