Antiquities expert Stefan Proynov claims: Archeology in Bulgaria is controlled by the mafia! 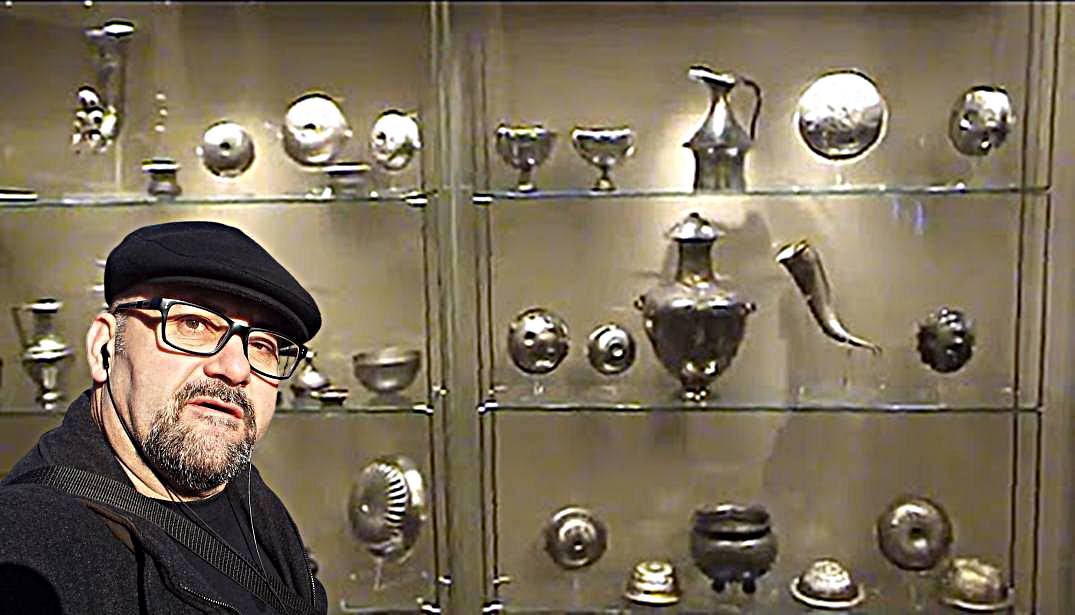 Italy, Greece and Bulgaria are the countries with the largest cultural and historical strata.
These are the countries with almost 75% overpopulated territory.
And if in countries like Italy and Greece they have a mafia, in Bulgaria the mafia has a state.
Here the mafia has laid a hand on our millennial history and a group of people control everything.
In recent years, the state has sponsored many archeological sites, but we do not see valuables and coins on display.
Stefan Proynov: This only means that everything is sold to the mafia.
The European Union sees our country as Ministers of Culture involved in crimes worth millions, but our country is silent.
The ministers of culture are changing, but that is not changing.
And how to change when the mafia is the same, the laws are the same, the blind police are the same.
The mafia encroaches on collectors and seizes their artifacts and coins, the mafia robs museums by replacing and deleting archives, and so priceless coins and objects go to the black market.

Collectors and museum employees as well as prominent archaeologists are dying in Bulgaria in a dubious way, but the mafia and the police in this country are one and everything is covered.
Stefan Proynov: For decades now, Bulgaria has remained the largest donor of antiques and coins to the EU and from there to America.
Our country refuses to have laws as in Britain or France, or as in Germany under the influence of the mafia.
The Mafia has an interest in everything related to antiques being illegal in order to be able to buy antiques at low prices and make big profits.

This leads to a very bad environment, because if a person finds antique silver or gold coins, he prefers to melt them and take their value as metal, rather than have trouble with the mafia and the police, destroying priceless artifacts and coins related to world cultural heritage.

Stefan Proynov: Bulgaria is a small country and has long since lost its sovereignty and what is happening in it is dictated by the big world countries, if they decide our mafia can be stopped and laws are passed the same as in Europe so many priceless artifacts will be saved. But as we said in all countries there is a mafia, and only in Bulgaria the mafia has a state.
And the mafia controlling the traffic of antiquities has archaeologists.