Stefan Proynov: The month of May is filled with unique coins that compete in auctions around the world. 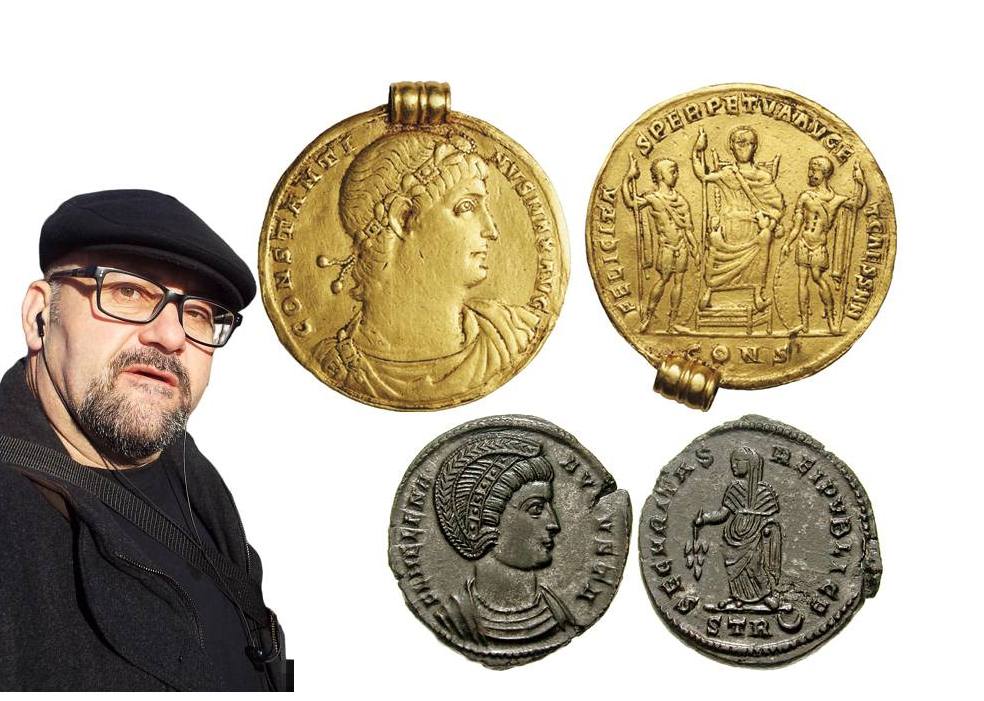 Stefan Proynov: This elite specimen will be offered by Bonhams on June 1 in Los Angeles. What makes it more social? It weighs 9 solids. The medallion weighs 41.88 grams and has a diameter of 48.8 mm and is one of three similar ones sold at auction for the last 30 years in the history of numismatics.

It is very rare to find “money medallions” that weigh many times gold or silver coins and can legally be used as money in ancient times. In general, medallions are distributed by the emperor as gifts to high-ranking members of the empire, whether military or civilian, or to foreign ambassadors. 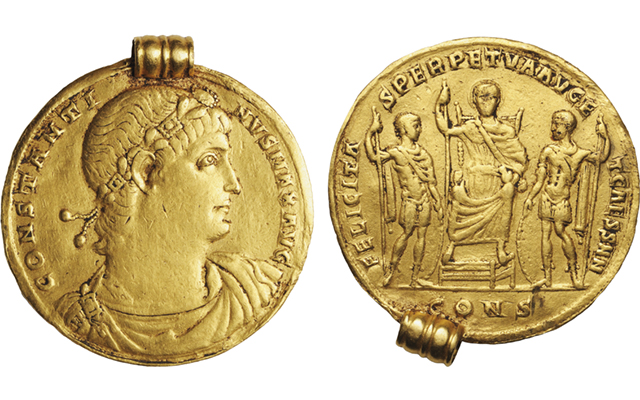 They are cut in a very small edition on a given occasion or event. In this late Roman and early Byzantine period they occur with different weights from 1.5 per solid to 72 times the weight of the solid. Solid is the main gold currency in Byzantium. In Constantine himself, they went from Aureus to Solid, with a difference of one gram.

Especially for coins from this period of the reverse under the cut below there is an inscription “cons” right there are written the mint where the coin or medallion is minted. In this case we are talking about Constantinople – Constantinople.

According to Stefan Proynov, an expert in ancient and ancient art, he is impressed that the medallion has an additional encolpion to be worn on its neck proudly by its owner, which is shown by the wear of the gold itself. The wear is on both sides of the donated coin – the medallion, but not on the encolpion itself, which means that it was hung on a leather or other strap, and not on a gold chain, because the friction of homogeneous alloys is much greater and there would be wear of the encolpion. 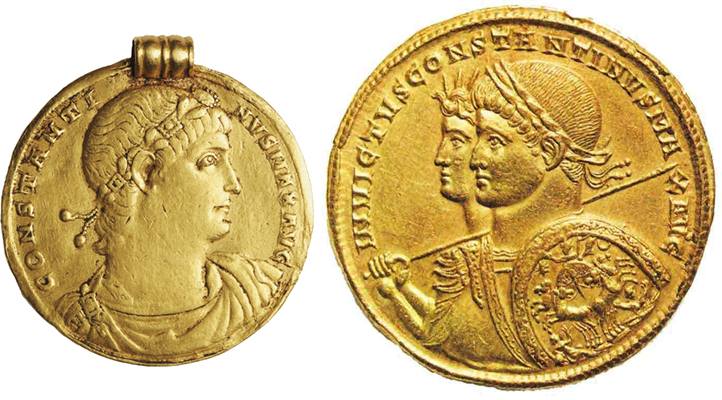 Despite its quality, the estimated price at which it is expected to be sold is 200,000-300,000 dollars. But in the end, we are witnessing far higher prices when handing out such rare coins. This medallion, proposed by Bonhams, was cut down by Constantine to commemorate the consecration of Constantinople in 330, although some scholars disagree, suggesting that it was issued instead as early as 326 or 336 at the latest. ., based on other examples and evidence.

Constantine’s medallions have two different portrait styles on the obverse, and this example, offered by Bonhams, shows the emperor wearing longer hair. This is explained by Stefan Proynov as they used different engravers with different mints and that is why a different type of iconographic face of the emperor is observed. However, they are engraved by hand, adds Proinov. 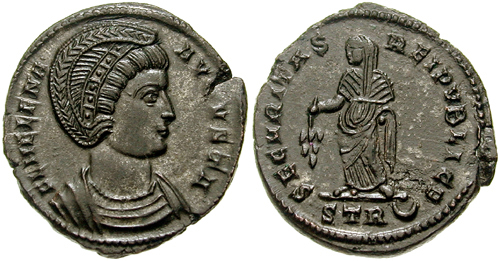 Constantine is known as the first Christian emperor and founder of Constantinople. Constantine the Great was the illegitimate son of Constantius Chlorus and Flavia Helena (revered as Saint Helena). She is known for ordering the discovery of the cross on which Jesus Christ was crucified and the spear with which he was stabbed.

The nails with which Christ was nailed to the cross were embedded in the armor of Emperor Constantine, and the Spear gained its fame that whoever possessed it won every battle and so today it is called the “Spear of Destiny” shrouded in mystical power for which we receive confirmation. from its owners over the centuries.

Constantine was born in 274 and his troops declared him Augustus in 306 after the death of his father. Constantine could not claim control of the entire empire until 324, with efforts to consolidate control interrupted by civil wars and rebellion, although he succeeded in entering into short-lived alliances. Constantine died in Nicomedia in 337.