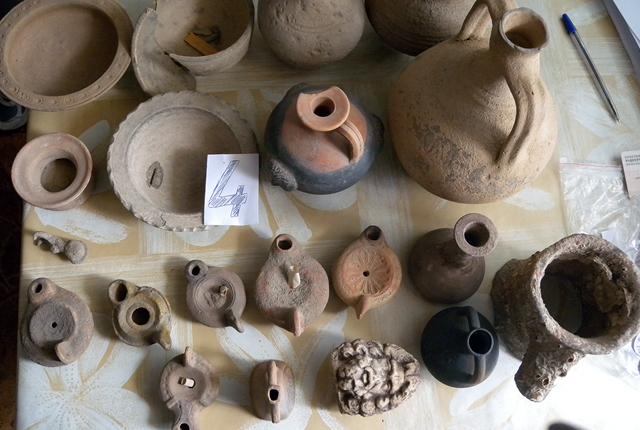 More than 30,000 artifacts, including Greek and Roman pottery, helmets, funeral urns, candlesticks, arrows and spears – originals and counterfeits – were captured as a result of an operation aimed at trafficking cultural goods in Europe.

The confiscation of items is part of Operation Sardica, led by the Spanish Civil Police and the Bulgarian Criminal Police, with the support of Europol and Eurojust, against an organized criminal group suspected of looting and tampering with cultural artifacts.

17 searches of property were carried out simultaneously in Bulgaria and Spain on the day of the action on October 23, which resulted in the arrest of 13 suspects and the seizure of nearly 180,000 euros in cash.

The investigation revealed that the criminal group was mainly led by Spain and involved in the illegal excavation and trafficking of cultural goods from archaeological sites in Bulgaria.

The criminals also participated in the fabrication of false archeological finds.