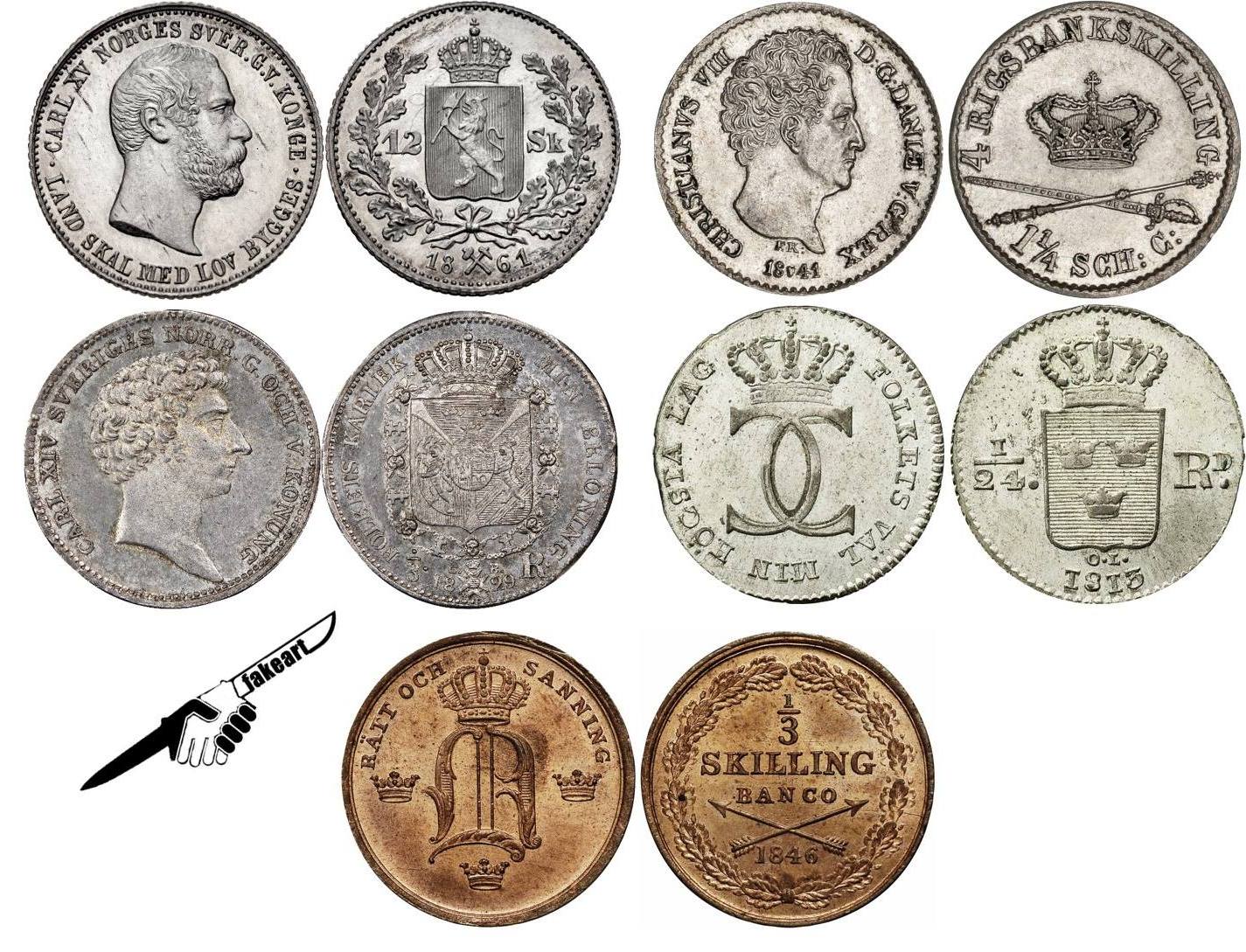 Skilling in Northern Europe / Denmark, Norway and Sweden /
Skilling is the name of a currency used in Sweden, Denmark and Norway. The coins are minted of copper or silver depending on the period and denomination. Initially, skilling was just an accounting term used to denote 12 coins. Only later is this term appropriated by a real currency.


The first skilings were cut in Denmark in 1440, and from 1510 in Norway. In England they also borrowed the shilling, but there the name was changed to shilling.
In 1624 in Denmark and Norway (which were one country at the time), a new division of the local currency was adopted. Then it was accepted to divide 1 dollar into 96 skillings.

In Sweden, the skilling was adopted as the official currency by a royal decree of November 27, 1776, with each Riksdaler being divided into 48 Skilling and each skilling into 12 Rundstycke. This new system replaces the old one in which 1 Riksdaler was equal to 3 Dalers and they were equal to 96 Ore.

In 1835 Due to the devaluation of skilling in Sweden, skilling is stopped and replaced by skilling banco, as the exchange rate is 1 skilling for 2 ½ skilling bank. In 1855, Sweden adopted the decimal coinage system and skilling fell out of circulation and was replaced by the modern Jore. In 1873 Denmark, and in 1875 Norway also switched to the decimal monetary system, and thus skilling ceased to exist on the Scandinavian peninsula.