Bulgarians established the first university in Europe in the 12th century. 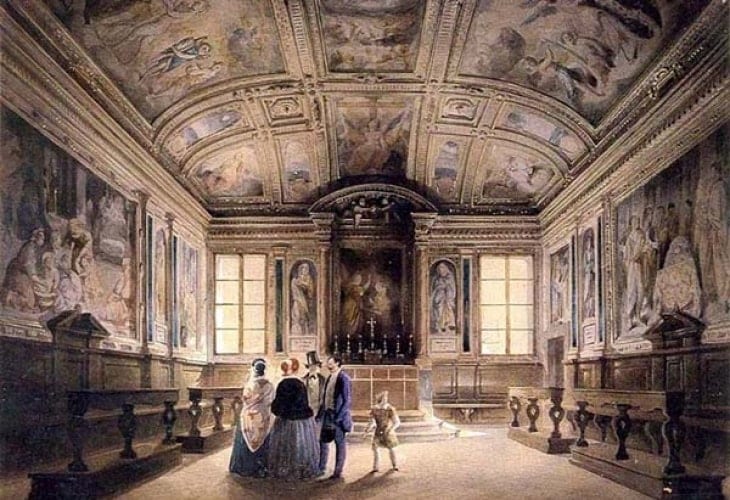 At the Universitato Bulgaro in Bologna, the outstanding lawyer Bulgaro de Bulgari, named Chrysostom and appointed vicar of Emperor Friedrich, gave his lectures.
Long before Oxford and Cambridge appeared, Bulgarians established the first university in Europe – “Universitato Bulgaro” in Bologna in the early twelfth century – 1119. There lectured the extremely talented Bologna lawyer – Bulgaro de Bulgari, called Chrysostom, for whom writes in the Italian encyclopedia.
The square in front of his house is called “Bulgarian Square”. There you can see the family coats of arms of Alceus Bulgarini and Askanius Bulgarino from Siena. Completely independent of the church, 10,000 students from all over Europe study there. For comparison, 5,000 people study in Cambridge, founded the next century. Its magnetism attracts mastitis representatives of European culture such as Thomas Beckett, Dante Alighieri, Erasmus of Rotterdam, Nicolaus Copernicus.
In the courtyard of the University of Bologna there is a church called “St. Mary of the Bulgarians”. The university chapel is still called “Santa Maria dei Bulgari”. 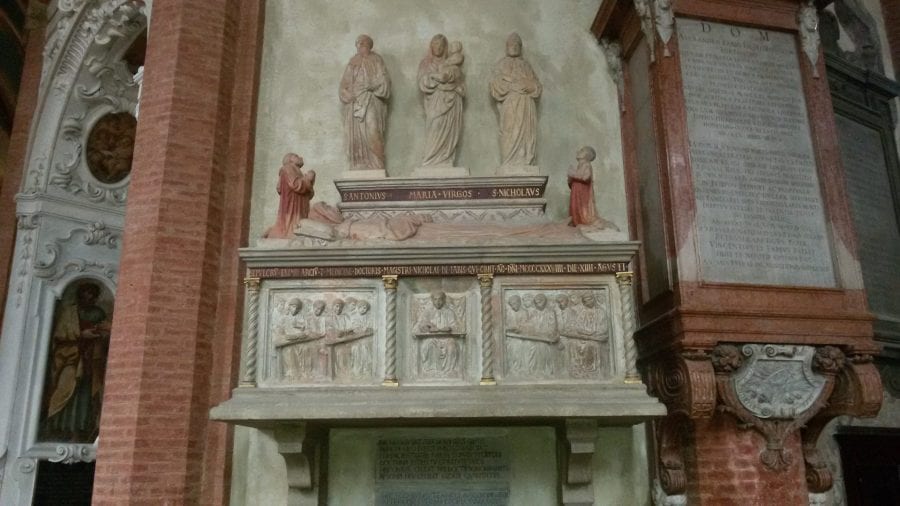 Until a century ago, there was a county near Milan called Bulgaria.
The Chapel of Santa Maria dei Bulgari is located in the Palazzo Archignazio in Bologna. It is the first university in the city, built in 1562, but as a university center in Bologna dates back to the XI century and is the first in the world. Since then, for five centuries, classes have been held in teachers’ homes or in buildings rented on purpose. In fact, the Capella dei Bulgari was built on the site of a church next to the home of the famous lawyer Bulgari – born in the first half of the twelfth century. In this house he taught and administered justice, referring to Roman law, applied in the then modern conditions. His court decisions had a legislative principle. He was called “Chrysostom”, and held the position of Imperial Vicar of Bologna. 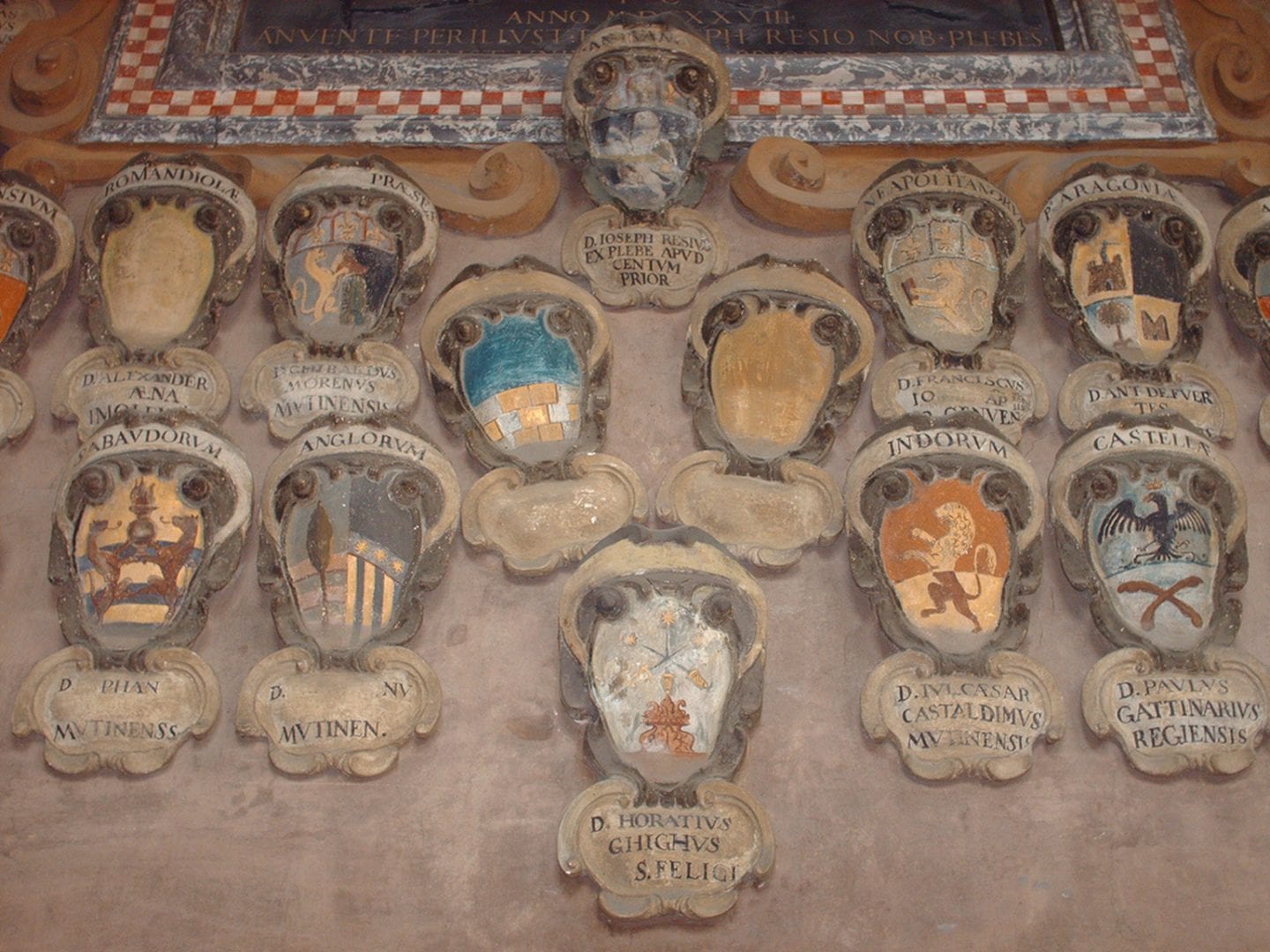 Precisely because he was an extremely important person, the place where he lived, called “Curia”, was named after him – “Bulgari” or “Curia Bulgari”. In connection with this and his very name, the annals recall that as a glossator (as Roman law specialists called him at the University of Bologna in the Middle Ages) his legal interpretations were marked with Bulgaro, Bolgaro, Burgaro or only with the letter “B”.

The few preserved historical sources prove that he was a native of Bologna. However, its origin is unknown. Immersed somewhere in history, it is assumed that he did not come from the noble Italian families Bulgaro. Nevertheless, historians describe him as a man of aristocratic temperament, able to distinguish between law and morality or between what one forbids and the other allows. 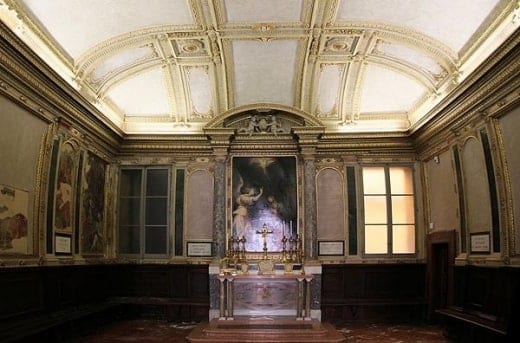 Bulgaro married twice. He had many children from his first marriage, but most of them died prematurely. He has had no heirs since his second marriage to Imelda. He died in 1167, leaving generations with many useful decisions and manuscripts of a legal and public nature. And of course, the mystery surrounding the origin and name of Bulgaro, which remains in time together with the place where he lived in the center of Bologna and was inherited from the small church.

Partially destroyed by the bombing at the end of World War II, the Capella Santa Maria dei Bulgari manages to preserve some of the magnificent 16th-century frescoes by local artist Bartolomeo Chezi, described as the “History of the Life of the Virgin.” Miracle saves from the bombs a mural from the end of the XVI century, representing the Annunciation above the altar, the work of the Flemish artist Denis Calvert.

The Chapel of Santa Maria dei Bulgari is generally closed to visitors. Only funeral rites of highly deserving professors from the local university are performed in it. Countless tourists from all over the world have captured the moment immortalized in the book of visits.

Prof. Boris Janovski, former Deputy Dean of the Faculty of Law at Sofia University, reveals what kind of lawyer Bulgaro de Bulgari was. He examines the contribution of Bulgaro de Bulgari to the administration of justice in the Early European Revival. It tells how de Bulgari became a personal legal adviser to Emperor Friedrich and an imperial vicar, i.e. for imperial viceroy in Bologna. Here are excerpts from Prof. Janowski’s article published in the online edition of Judicial Law:

“The great jurist of the Early European Revival, the professor of the University of Bologna Bulgaro de Bulgari – Bulgarus de Bulgarins (died 1167) has always attracted attention in our country. His name speaks of Bulgarian origin. When in the Bologna monastery “St. Salvator “was discovered one of our most interesting medieval monuments – the so-called Bologna Psalter (later transferred to the University of Bologna, where it is preserved now), the Bulgarian” presence “in Bologna and thus its Bulgarian origin is confirmed. And when it became clear that after the persecutions in the homeland in the vicinity of Bologna a large Bulgarian Bogomil colony was established, for the release of De Boo