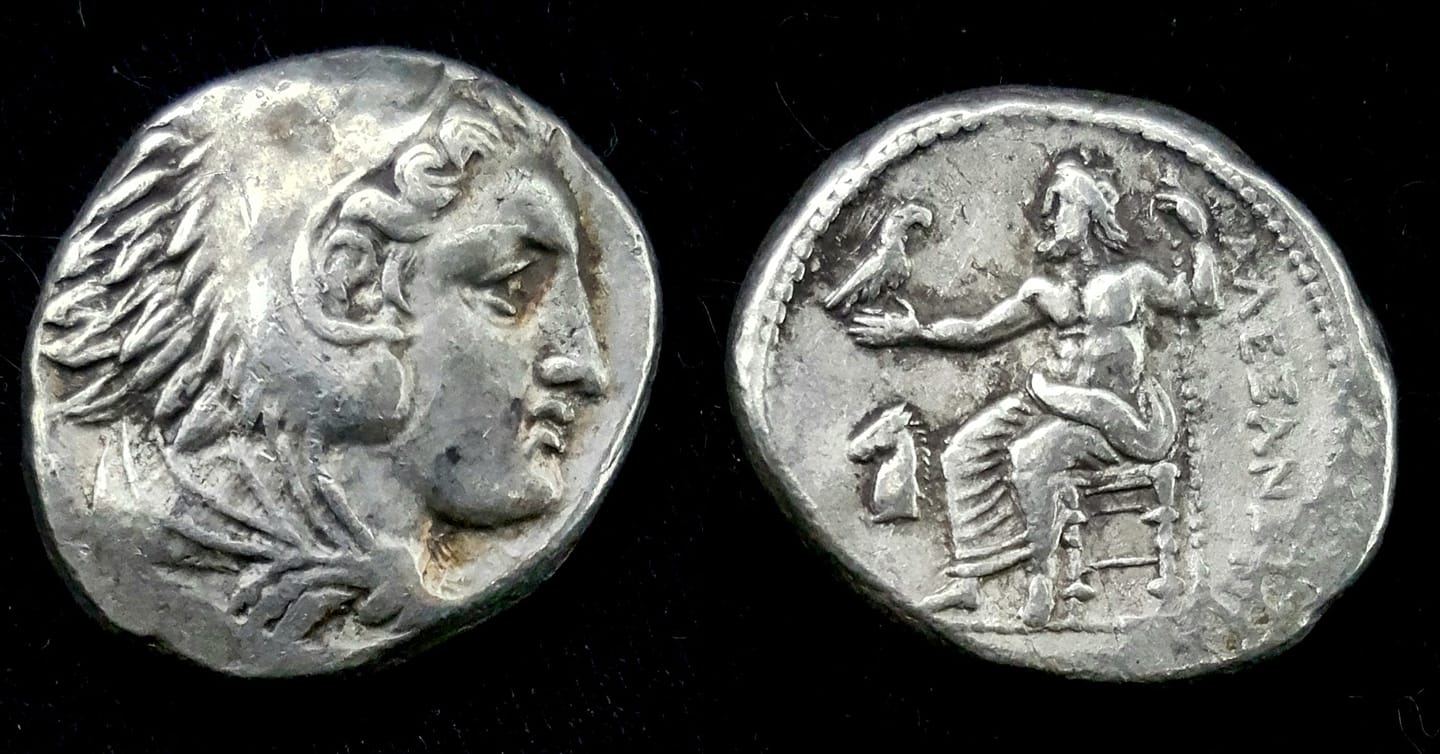 Well centered on slightly oblong flan and a bit of porosity on reverse. VF.

Due to his early death, lifetime issues are relatively scarce. Common telling characteristics include the legs, flan and texts. Notably, crossed legs are overwhelmingly posthumous and lifetime issues often had a more irregular, thicker and narrower flan reminiscent of Greek coinage.

As one of history’s greats, his empire spanned across much of central Asia up to Northwestern India where Hellenistic influences and cultural exchanges shaped the arts and even some beliefs of the region. Notable was the first depictions of the Buddha and Buddhist art culminating in the spectacular artwork of the Gandharan Buddhist treasures.

we have been helpful to you

For you betrayed: We hope Stefan Ivanov Proynov