The portraits of Ferdinand I and the Bulgarian coins.

There are four portraits of Ferdinand I, prince and king of Bulgaria, which were placed on the coins during his reign. The first Bulgarian coins on which the bust of the German prince was placed were minted in 1891 and have a face value of 50 stotinki, 1 and 2 levs. The artist is Anton Scharff *. In 1892 5 levs with the same portrait were issued, but in 1894 on the new issue 5 levs, as well as on the golden 10.20 and 100 levs, the prince had a new bust, again ordered by the Austrian engraver. The next issue of levs, issued by the BNB, was only after 16 years, in 1910. in the already independent kingdom of Bulgaria. On them the king is visibly older, his hair has grown considerably and his beard has grown.


This portrait was commissioned again at the Austrian Mint, but with a new engraver, Stefan Schwartz, because Anton Scharf died in 1903. With the new bust, denominations of 50 stotinki, 1 and 2 levs were issued. This time it was decided that the bust should be turned to the right and not like the previous two portraits to the left. This is the first of a total of 4 silver issues released within 6 years in the country. After that, in 1912, the BNB issued three new silver coins.

Again in denominations of 50 stotinki, 1 and 2 levs. A new portrait of King Ferdinand was commissioned for them. The old orientation returns to the left. The new portrait shows the king visibly old. This bust is also used in the next two issues of silver coins from 1913 and 1916. , as the one from 1916 is the last issue of Bulgarian coins on which the portrait of Tsar Ferdinand is placed. After the end of PSV, Bulgaria suffered the Second National Catastrophe, only within 5 years. On October 3, 1918, Tsar Fedinand abdicated in favor of his son Boris and left the country forever. Ferdinand died in exile on September 10, 1948. as the coffin of him, laid in the crypt of the Catholic Church “St. Augustine ”in Coburg, in front of the sarcophagi of his mother and father temporarily, but for now this is his current last home.

* Anton Scharf is an Austrian engraver and medalist, born on June 10, 1845. in Vienna. He graduated from the Vienna Academy of Fine Arts and from 1866 was an assistant engraver in the Main Mint of Austria and from 1870 became the second engraver in the empire. In 1881 Schraf held the highest post in the Habsburg Mint – engraver. From 1896 he became rector of the Austrian Academy of Engraving. 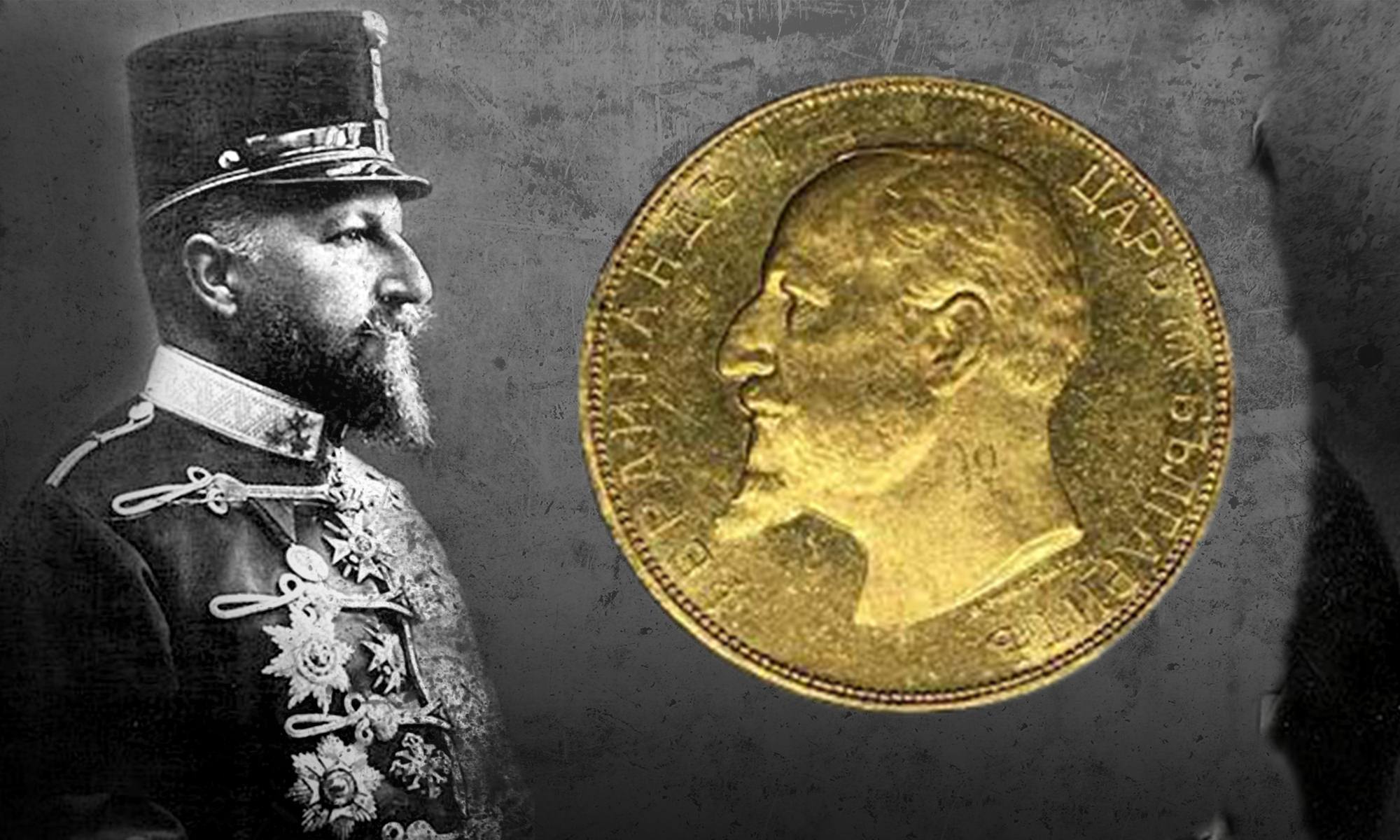 Anton Scharf is an engraver of a series of coins minted in the Balkans in the last 20 years of the 19th century. His signature can be seen on coins minted in Bulgaria, Serbia and Romania.